The Brownings in Winfield, Kansas 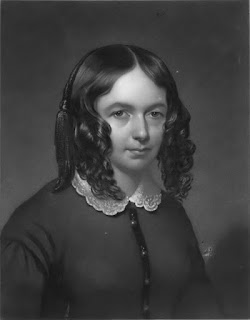 Turner Classic Movies broadcast the second MGM version of The Barretts of Wimpole Street (the one with Jennifer Jones as Elizabeth Barrett Browning and John Gielgud as her tyrannical father) Wednesday morning. Of course I read the play in high school and also read the poetry of both EBB and Robert Browning in college. I even accepted another student's challenge to read Robert Browning's The Ring and the Book!

While doing some online research, I discovered that here in Kansas, specifically in Winfield, Kansas (just 42 miles from Wichita), a gentleman named Philip Kelley is editing and publishing the correspondence of Barrett and Browning, supported by a grant from National Endowment for the Humanities.

The NEH featured his work in Humanities magazine in its September/October 2015, Volume 36, Number 5 issue:

Since 1984, twenty-two volumes known collectively as The Brownings’ Correspondence have appeared between hard covers and online, with eighteen more projected over the next twelve to fourteen years, to finish the series at a hopeful rate of one volume every nine or ten months. That’s forty volumes of letters, complete with deeply researched annotations, footnotes, contemporary articles that provide essential context, family papers, detailed biographical profiles of every important person mentioned, and all of it fully indexed, impeccably illustrated, and elegantly published by the very person responsible for the editorial work itself. Yet it is just one phase of a larger mission that has opened windows onto Victorian life that would otherwise be shrouded in obscurity.

There's a quotation from a review of the first two volumes of the series that indicates what Philip Kelley has achieved against certain obstacles:

“The story of Mr. Kelley’s venture is remarkable. He is a quiet, low-key person, almost hypnotic in the intensity of his vision, who prefers to work alone. Though he has established warm friendships with a small group of Browning scholars, the academic world as a whole, as it became aware of his work, has distrusted him as an outsider. . . . Now, in a move that is either foolhardy or heroic (or both), Mr. Kelley has launched an edition of the Browning letters, destined to be one of the largest of all literary correspondences even by the ample standards of the Victorian age.”

I called the phone number on the Wedgestone Press website and spoke to Mr. Kelley. He directed me to a website called The Brownings: A Research Guide at Baylor University and to the Humanities Magazine article too. Volume 26 is the latest book published, with letters 4303 to 4504 dating from January 1859 to October 1859.

Mr. Kelley has dedicated most of his life to this project. What a remarkable coincidence that I found his work just by chance on the internet.

May God grant him the years necessary to complete this project (the Humanities article said he was 80 in the fall of 2015!).

Image Credit: An engraving of Elizabeth Barrett Barrett, published in Eclectic Magazine (Public Domain)
Posted by Stephanie A. Mann at 12:00 AM