According to Emily Tennyson Bradley in the Dictionary of National Biography, Thomas Hide or Hyde was a 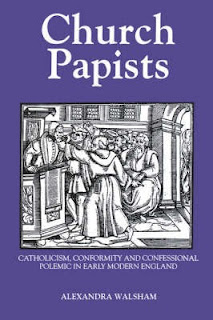 Roman catholic exile, born at Newbury, Berkshire, was connected with the family to which Edward Hyde, earl of Clarendon, belonged [q. v.] He became at the age of thirteen (1537) a scholar of Winchester, and proceeded to New College, Oxford, where he was elected fellow in 1543, and graduated B.A. in October 1545 and M.A. in 1549 (Kirby, Winchester Scholars, p. 121; Oxf. Univ. Reg., Oxf. Hist. Soc., i. 211). He resigned his fellowship at New College in 1550, and in 1551 succeeded Everard as headmaster of Winchester. He was installed a prebendary of Winchester on 23 June 1556 (Le Neve, Fasti, iii. 33). As a fervent catholic, 'very stiff and perverse,' he was forced to resign his offices after Elizabeth's accession, and was ordered to the custody of the lord treasurer by the ecclesiastical commissioners in 1561 (Stype, Annals, ed. 1824, vol. i. pt. i. p.414). He, however, escaped abroad, and lived for some years at Louvain, where he was much esteemed by the other exiles. Cardinal Allen commends his counsel and abilities in a letter dated 1579. He afterwards removed to Douay, where he boarded with a printer's widow. He died there on 9 May 1597, and was buried in the lady chapel of St. James's Church. Pits praises his strict life and conversation, his great gravity and severity, his fierce hatred of vice and heresy.

While at Louvain Hyde published his principal work (Wood credits him with others, but does not name them): 'A Consolatorie Epistle to the Afflicted Catholikes. Being a Dissuasive against frequenting Protestant Churches, and an Exhortation to Suffer with Patience. Set foorth by Thomas Hide, Priest,' Louvain, 1579, 8vo; 2nd edition, with three woodcuts, 1580. A copy of the later edition only is in the British Museum.

Note the subtitle of Hyde's book: "Being a Dissuasive against frequenting Protestant Churches, and an Exhortation to Suffer with Patience". Hyde is obviously siding with the Jesuit view, espoused by St. Robert Southwell and others, that Catholics should not attend Anglican services for the sake of avoiding the fines imposed by Elizabeth I's government. Church Papists were trying to maintain an outward compromise of conformity.

This was a contentious issue for Catholics and also for Anglicans: could the Anglican clergy and the authorities trust a Church Papist? To whom would he be loyal: The Pope or the Queen?
Posted by Stephanie A. Mann at 12:30 AM