The two young priests were then given permission to return to England. Early in the morning of 4th Feb. 1586 they each offered Mass in the seminary chapel before bidding farewell to their professors and fellow students. Together they set off for England to preach the Faith that once prospered within its shores. Little did they realise that the Mass which they offered to Almighty God that morning would be their last Mass.

They managed to board a ship for England. After a few hours a storm developed. The two priests were caught as they prayed for calm on board ship in the English Channel. A spy on board heard their words: “O Lord thy Will be done! But if we are to die, suffer us to die for Thy cause in our own country. Let us not be remembered as the first seminarians who have perished in the waters“. They were betrayed by the words and manner of their own prayer and taken ashore at Cowes on the Isle of Wight where they were brutally treated. 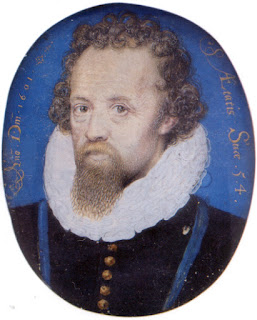 The Governor of the Isle of Wight was Captain George Carey, a cousin of Queen Elizabeth I and he was keen to ingratiate himself with the authorities and accept the reward for capturing “Romish priests”. So the two young men were sent to the assizes at Winchester and then on to the London Prison at Marshalsea, having been found guilty of Treason under the new Act (27 Elizabeth) which made it illegal to return to England having been ordained as a priest overseas. They were the first two to be sentenced under this Act of Parliament. The authorities were keen to demonstrate to the local people the consequences for those who harboured priests or supported them, so they were sent back to the Isle of Wight for execution. The two young priests who had become almost inseparable from the time that they met at school, were to die together on the scaffold. They were hung (sic), drawn and quartered on 25th April, 1586. We do not know the exact spot of their execution. The records state that it was on “high ground in sight of the moaning sea”. This was probably on the hill above Cowes where they were caught.

George Carey was the eldest son of Henry Carey, William Carey and Mary Boleyn's son and Elizabeth I's first cousin. His mother was the former Anne Morgan and he was born in 1547. This portrait, by Nicholas Hilliard, dates from 1601, two years before his death on September 9, 1603. He served as governor on the Isle of Wight for about 20 years, posted there especially because of the Spanish Armada threat. 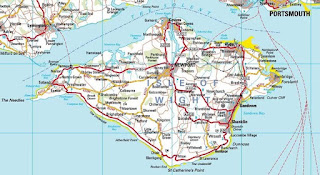 You may read more about them here. They were beatified by Pope Pius XI in 1929.