One Drowning Victim Among Many: Robert Parsons 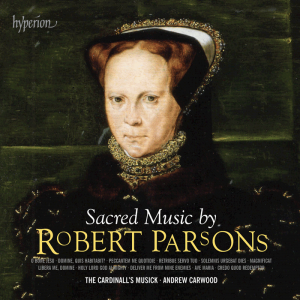 The BBC History Magazine posts an extra: why did so many people drown in Tudor England?:

Travel across and beside water was as risky as travel on it. Rickety bridges, slippery banks, panicky horses, and fords where the depth of the water or the speed of the current were hard to judge all posed threats.

Everyone was at risk, from a labourer like John Hayward, walking the six miles from Broadway to market in Evesham across the brook at Childswickham on a dark December morning, to a yeoman like Richard Mongombery, riding the eight miles from Uppingham to Kirby late on a February afternoon beside the flooded river Welland.

Animals and water were a dangerous combination. The easiest way to wash a horse was to ride it into deep water, but falling off could be fatal, as Griffin Home found when he rode a black horse into the ‘horse pool’ at Bishop’s Castle and it stumbled. Even taking excitable horses to drink was risky. William Hill, aged 17, took two colts to the river Soar at Burton on the Wolds on 15 June 1558, but they ran into the river and pulled him in after them.

Sheep needed washing before they were sheared and that too could have tragic consequences. One June morning in 1560 Alice and Katherine Bonde were washing sheep in the river Hodder at Slaidburn. A wether (castrated ram) jumped up and knocked Alice head over heels into a whirlpool. Seeing her sister in trouble, Katherine went after her, while John Swinglehirst jumped in from the bank to help. All three died.

Children’s curiosity could get them into trouble with anything that moved. John Choppinge, a Hertford toddler, followed a gosling into a pond in the yard of his family home in April 1560 with fatal results.

One drowning in every ten involved women fetching water for cooking or washing. They died this way three times as often as men, as we might expect from their predominant role in domestic work. Wells, slippery-sided streams and rivers like the Tyne at Newcastle, where Elizabeth Garret fell in on 26 June 1560, all posed problems.

Washing linen in rivers could also prove fatal for women. And in the devastating epidemics of the late 1550s, men and women alike drowned in the attempt to slake their fevered thirst. Some were described as losing their reason in the heat of the fever, like Dorothy Cawthorn of Belton in Lincolnshire, who got out of bed between 4 and 5am on 19 October 1559 and smashed a hole in the kitchen wall so she could get out into her mistress’s hop-garden, where she drowned in a pit five-feet deep. . . .

Little is known about the life of Robert Parsons. Much of his music has survived to the modern day, however, often in incomplete editions. Born in England around 1535, Parsons was appointed as a Gentleman of the Chapel Royal in 1563, a post he held until his death in 1572, when he was succeeded by William Byrd.

Parsons’ output of music was varied, and although the majority of his surviving scores are for choir, he is believed to have written a large amount of instrumental music for the Chapel Royal as well. It is the story surrounding the death of Robert Parsons that arouses great intrigue. On a cold and wet January day, Parsons fell into a swollen River Trent and drowned. Such was the upset and suspicion surrounding his death that much of his music ceased to be performed in the Chapel Royal, as musicians tried to move on and forget this tragic incident. These unfortunate circumstances may also have led to the poor maintenance of Parsons’ music over the years. The consequence of the lack of performance of Parsons’ works after his death has, in the course of time, led to this English polyphonic master being largely unrecognised and even forgotten. His vocal writing is very gifted, and he must have been well versed in composition to have access to the skills of writing music for seven part viols.

His Ave Maria, here sung by the Choir of St. John's College, Cambridge, is one of his best known works. The Cardinall's Musicke performed several of his works on their 2011 release, pictured above:

Gramophone award-winning ensemble The Cardinall’s Musick return to another master of the Renaissance, Robert Parsons. Very few records remain of the composer’s short life, and his musical output is often overlooked, perhaps in the shadow of the prolific William Byrd, his successor as a Gentleman of the Chapel Royal. However, his vocal writing is some of the most opulent of the period.

The Cardinall’s Musick give sublime performances of some of the composer’s most sumptuous choral works, from the remarkably sophisticated Magnificat to the dramatic O bone Jesu. As demonstrated in their previous recordings, their resonant, pure-toned singing is the perfect advocate for such exquisite polyphony. The ensemble’s seemingly effortless and magical performance of the glorious Ave Maria is the perfect conclusion to an enlightening recording.
Posted by Stephanie A. Mann at 1:00 AM