Pope-emeritus Benedict XVI received Doctorates honoris causa on Saturday from the Pontifical John Paul II University of Krakow and the Krakow Academy of Music. The motivation for the honors issued by the University’s Academic Senate specifies five contributions Pope Benedict has made to knowledge and culture: his great respect for the musical tradition of the Church and remarkable sensitivity to the music of faith; the life-long and constant demonstration of a special concern for the noble beauty of sacred music and its proper place in the celebration of the sacred liturgical rites of the Church; his constant insistence on the didactic importance of the via pulchritudinis – the way of beauty – which can become a way of knowing and worshiping God for the modern man; his lifelong commitment to Truth, which strengthens the Christian faith in times of spiritual confusion caused by liberalism, postmodernism and relativism, and his tireless efforts to restore the spiritual dimension of Europe; his kind support for the work of transforming the schools of the Pontifical Academy of Theology into the Pontifical John Paul II University. 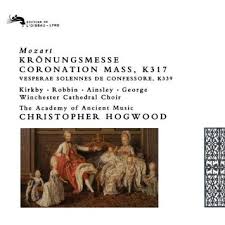 Father Benedict had some prepared remarks. In The Spectator, Damian Thompson writes:

One of the finest speeches Benedict XVI ever delivered was about sacred music. It is a small masterpiece, in which Benedict recalls his first encounter with Mozart in the liturgy. ‘When the first notes of the Coronation Mass sounded, Heaven virtually opened and the presence of the Lord was experienced very profoundly,’ he said.

Benedict robustly defended the performance of the work of great composers at Mass, which he insisted was necessary for the fulfilment of the Second Vatican Council’s wish that ‘the patrimony of sacred music [is] preserved and developed with great care’.

Then he asked: what is music? He identified three places from which it flowed. First, the experience of love, opening ‘a new grandeur and breadth of reality’ that inspires music. Second, ‘the experience of sadness, death, sorrow and the abysses of existence’. These open ‘in an opposite direction, new dimensions of reality that can no longer find answers in discourses alone’. Third, the encounter with the divine. ‘I find it moving to observe how, in the Psalms, singing is no longer enough for men — an appeal is made to all the instruments: reawakened is the hidden music of creation, its mysterious language.’

Our musical Pope Emeritus changed liturgical music practices at St. Peter's, as this Crisis article notes, and those changes have reverberated throughout the Church:

Cardinal Joseph Ratzinger was different. He had written an entire book on the music issue. He had written another book on the liturgical question. He had spoken about the subject on many occasions. He never feared the subject and this is for two reasons: 1) he understood the goals of Vatican II and saw that they had been seriously distorted, and 2) he was a trained music (sic) of the highest calibre who understood the role of music in the Roman Rite.

When he became Pope, the changes began and they were relentless. We started hearing chant in Papal liturgy, just a bit at first and then more as time went on. With Summorum Pontificum (2007) he took away the stigma that had been attached to traditional chant by granting full permission to the liturgical structure that had originally given rise to chant. This was deeply encouraging for a generation that was ready to move forward. We started seeing chant workshops fill up. Groups began to form at the parish level. New resources started to be published by independent publishers. A real fire had been lit in the Catholic music world. And it all happened without any impositions or legislation.

The musical program of St. Peter’s Basilica began to attract the attention of serious musicians. A new standard came to be applied to visiting choirs: you must know the basics of Gregorian chant or you cannot sing at St. Peter’s. This was a gigantic decision that fundamentally upset the dynamic that had long developed between Rome and traveling choirs. Now choirs had to learn and discover chant if they hoped to take that long-sought pilgrimage to Rome.

Meanwhile, Joseph Ratzinger’s writings on music were selling more than ever, and having an ever larger influence. Benedict XVI spoke about the topic often in homilies and spontaneous remarks following concerts. He worked to elevate high art to a new status on his travels. His team worked hard to encourage groups that sang for liturgy for his trips to embrace chant and polyphonic music of the Renaissance. It didn’t always work but the progress was obvious. 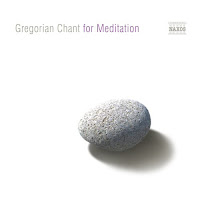 Read the rest there. The issue that Pope Benedict addressed was that the Church, in the wake of the Second Vatican Council, had mistakenly jettisoned our great heritage of beautiful Gregorian chant, Renaissance polyphonic Mass settings, and even high classical Masses, like Mozart's Coronation Mass. The fathers at Vatican II had said positively that Gregorian chant should have pride of place in the celebration of the liturgy, and yet I grew up never hearing chant at all--until it became popular as background music and the different chant discs (for Meditation, Relaxation, etc) came out.

This reminds me of course of that "Agatha Christie Indult" letter, the one sent from England to Pope Paul VI, descrying the elimination of the traditional Latin Mass. Remember that it was signed by many non-Catholics and several musicians and they were concerned of the loss of so much culture:

The rite in question, in its magnificent Latin text, has also inspired a host of priceless achievements in the arts - not only mystical works, but works by poets, philosophers, musicians, architects, painters and sculptors in all countries and epochs. Thus, it belongs to universal culture as well as to churchmen and formal Christians. In the materialistic and technocratic civilisation that is increasingly threatening the life of mind and spirit in its original creative expression - the word - it seems particularly inhuman to deprive man of word-forms in one of their most grandiose manifestations. The signatories of this appeal, which is entirely ecumenical and non-political, have been drawn from every branch of modern culture in Europe and elsewhere.

Perhaps along with the Anglican Ordinariate, this revival in sacred and liturgical music will be one of Pope Benedict's greatest legacies, God bless him!