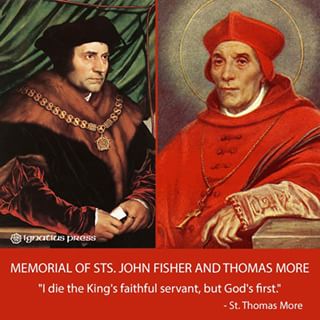 George Weigel writes in his National Review column about reaction to Archbishop Charles Chaput's support of a Catholic school upholding Catholic teaching about the reality of marriage:

It consisted in part of vile e-mail. One “correspondent” advised the mild-mannered Capuchin archbishop (whom he described as a “CHILD MOLESTING SACK OF SH*T”) to “GO F**K YOURSELF,” adding the eschatological note that he hoped Chaput would “ROT IN HELL.”
This is the peace that was supposed to follow a live-and-let-live adjudication of the “same-sex marriage” question?
Michael Newall, a columnist for the Philadelphia Inquirer, was less vulgar but no less angry and equally mindless. Waving the bloody shirt of sexual abuse, as if this had anything to do with what had happened at Waldron Mercy Academy, he accused the archbishop of “hypocrisy” (a term he evidently understands in an Alice in Wonderland sort of way) before dismissing Chaput as a “relic” who stands in poor contrast to the embracing, affirming Pope Francis — although, Newall went on to write, the pope is “far from perfect on the subject” of “LGBT acceptance” because even he “still opposes gay marriage itself.”

Mr. Newall buttressed his calumnies of both the archbishop and the pope by adverting to his “12 years in Catholic schools and another four at a Catholic college,” although he declined to identify his almae matres — which may be a relief to the schools in question.

Some may consider me a suspect witness in the case of Archbishop Chaput, who has been a close friend for decades. But I fear no conviction on the charge of special pleading when I say that Chaput has been a stalwart, courageous, and unflinching reformer of the Church in the three dioceses he has served, where he has made clear that, as John Paul II said to the U.S. cardinals in 2002, “there is no room” in the clergy “for those who would abuse the young”; that he is widely respected by his peers in the American hierarchy as one of the best bishops of his generation; and that he has saved the Archdiocese of Philadelphia from utter financial — and thus evangelical — catastrophe by dint of performing wonders since his arrival in Philadelphia in 2011. No other bishop envies him the job he took on then; more than one American bishop believes that he is the only one of their number who could have pulled it off in Philadelphia, in terms of both the Church’s public credibility and the stabilization of its finances.

But now this good, decent, compassionate, and holy man — a bishop who truly knows “the smell of the sheep,” in Pope Francis’s formula — is the target of vicious attacks privately and wicked canards publicly. Why? Because he believes that the Catholic Church has a better answer to the human longing for happiness than the false promises of the sexual revolution in a society-without-aberrant-behavior — the New Normal. Because he thinks that Catholic institutions and those who work in them should embody the truths about life and love that the Catholic Church professes on the basis of both revelation and reason. Because he understands that, when the state demands that we believe something that we know is not true, all sorts of bad consequences for democracy follow.

Archbishop Chaput is an admirer of St. Thomas More and wrote an excellent review of Travis Curtright's The One Thomas More in which he highlighted More's importance today and also mentioned St. John Fisher, who I think is the model all our Catholic bishops and priests are going to have to follow:

Having said all this, Thomas More has been dead nearly 500 years. Why should his legacy matter today?

Barring relief from the courts, Christian entities, employers, and ministers in the coming year will face a range of unhappy choices. As the Affordable Care Act takes force and the HHS contraceptive mandate imposes itself on Christian life, Catholic and other Christian leaders can refuse to comply, either declining to pay the consequent fines in outright civil disobedience, or trying to pay them; they can divest themselves of their impacted Christian institutions; they can seek some unexplored compromise or way of circumventing the law; or they can simply give in and comply with the government coercion under protest.

Good people can obviously disagree on the strategy to deal with such serious matters. But the cost of choosing the last course—simply cooperating with the HHS mandate and its evil effects under protest—would be bitterly high and heavily damaging to the witness of the Church in the United States. Having fought loudly and hard for religious liberty over the past year, in part because of the HHS mandate, America’s Catholic bishops cannot simply grumble and shrug, and go along with the mandate now, without implicating themselves in cowardice. Their current resolve risks unraveling unless they reaffirm their opposition to the mandate forcefully and as a united body. The past can be a useful teacher. One of its lessons is this: The passage of time can invite confusion and doubt—and both work against courage. . . .

But readers might nonetheless profit in the coming months from some reflection on the life of Sir Thomas. We might also take a moment to remember More’s friend and fellow martyr, John Fisher, the only bishop who refused to bend to the king’s will; the man who shortly before his own arrest told his brother bishops: “. . . the fort has been betrayed even [by] them that should have defended it.”

Pray God that none of our bishops betray the fort.
Posted by Stephanie A. Mann at 1:00 AM