St. Thomas More in the Tower 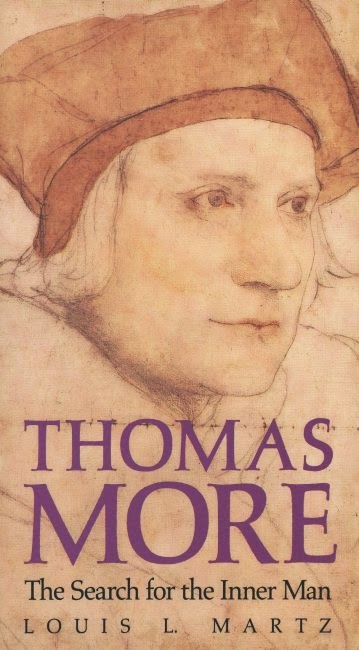 On April 13, 1534, Thomas More was presented with the Act of Succession and the oath it required at Lambeth Palace in the presence of three other Thomases and one William: Audley, Cranmer, Cromwell, and Benson (The last Abbot and first Dean of Westminster Abbey). Then More was held in the custody of Benson for a few days. By April 17 he was in the Tower of London and wrote to his daughter Meg about his questioning earlier that week. He left the Tower again for trial on July 1, 1535 and then for the last time on July 6, 1535 for his beheading.

The Latin Mass magazine published an article I wrote titled "The Long Lent of St. Thomas More" in its Winter/Spring 2015 issue (print or on-line subscription only). In it I demonstrated that More was preparing either for death from natural causes or by execution throughout those long months in the Tower of London:

From April 17, 1534, through the trial and execution of the three Carthusian priors (John Houghton, Augustine Webster, and Robert Lawrence) with Father John Haile and the Angel of Syon, Father Richard Reynolds on May 4, 1535; the trial and execution of John Cardinal Fisher in June of that year, and his own trial on July 1, 1535, Thomas More prepared for his death in the Tower of London. For more than 14 months in the Tower, More observed a Long Lent of repentance and devotion. He meditated on the Passion of Christ, particularly on His Agony in the Garden of Gethsemane. He prayed to repent of all past sins and to wean himself away from all worldly concerns and seems to have marked his progress toward preparing to die. The purpose of this article is to examine those methods of preparation and thereby trace signs of More’s progress and final acceptance of death.

I examine two of his Tower works: The Sadness of Christ and his "Godly Meditation" prayer and then look at More's progress toward death and martyrdom through his letters to his daughter Margaret Roper and of course his trial and execution.

On Wolf Hall this coming Sunday night (April 19), the episode in which Thomas More is depicted torturing a suspected heretic on the rack is scheduled to air. This is the biggest lie that Hilary Mantel and the BBC are presenting so dramatically in defiance even of G.R. Elton, who acknowledged that More never tortured anyone during the three (3) heresy investigations he was involved in as Chancellor. I hope to be booked on Kresta in the Afternoon next week to discuss.

I was perusing a book by Louis L. Martz on Thomas More: The Search for the Inner Man. Martz was one of the editors of the Yale Edition of The Complete Works of Thomas More and chaired the project between 1963 and 1997 (he died in 2001). Martz demolishes the charges both of torture and of fanatical prosecution of heretics. He was arguing in fact against one of the editors on his project, Richard Marius, whose 1984 biography depicted More as hysterical and savage in his pursuit of heresy. Martz notes that the pursuit of heresy continued after More's death, as Cromwell oversaw the execution of monks, friars, and many others, including an elderly princess (the last of the Plantagenets) and two Knights of the Order of St. John--Cromwell called it treason, not heresy. Blessed John Forest was certainly executed for heresy, burned at the stake. His heresy was exactly what Cromwell called treason: he would not acknowledge Henry's supremacy over the Church in England.

It is difficult therefore to argue that Thomas More's prosecution of those he suspected of heresy was any more severe than Thomas Cromwell's prosecution of those he suspected of treason. For both it was a grim matter of quelling what they, for different reasons, saw as sedition. Let us lay aside, then, this ancient and unfounded charge against More.

Please note that Matt Swaim and I will discuss St. Thomas More and Wolf Hall on the Son Rise Morning Show Monday morning, April 20, during the last segment of the EWTN broadcast, after the 7:45 a.m. Eastern/6:45 a.m. Central news break.
Posted by Stephanie A. Mann at 12:30 AM