Pilate's Wife and Her Dream 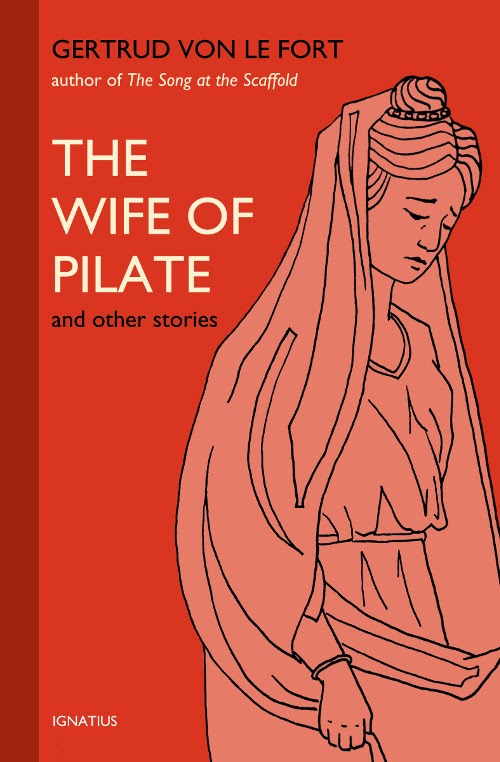 The Gospel according to St. Matthew contains a small detail not in the other Passion accounts. The wife of Pontius Pilate sends a message to him asking him not to have anything to do with Jesus, because she has had a terrible dream and suffered much because of him.

As it was recommended in The Catholic Herald, I decided to read Gertrud von le Fort's "The Wife of Pilate", a short story translated and published by Ignatius Press. The wife of Pilate, usually named Claudia, is a saint in the Eastern Orthodox Church and the Ethiopian Orthodox Church.

Like Dorothy L. Sayers in The Man Born to Be King, von le Fort, author of The Song at the Scaffold, depicts Claudia's dream to be her hearing the words from the Creed: "suffered under Pontius Pilate, was crucified, died and was buried . . ."; "Crucifixus etiam pro nobis sub Pontio Pilato, passus et supultus es . . .".

Sayer's wife of Pilate hears different languages and voices; von le Fort's version of the dream has his wife traveling through time from the catacombs, to a Roman basilica church, to Gothic cathedrals ("the massive halls began to stand upright, as though they hovered weightlessly in the sky, freed from all the laws of stone") in which the choirs sang the words, and then to even stranger--to her--buildings with "strange draperies".

The short story takes the form of a letter from Claudia's freed Greek servant, recounting the effects of Pilate's condemnation of Jesus on Good Friday on Claudia and on her relationship with her husband. I won't spoil the end, but it is wondrous, as those words continue to echo: "Crucifixus etiam pro nobis sub Pontio Pilato, passus et supultus es . . ."
Posted by Stephanie A. Mann at 12:00 PM

Email ThisBlogThis!Share to TwitterShare to FacebookShare to Pinterest
Labels: Dorothy L. Sayers, Gertrud von le Fort, Pontius Pilate, the Creed, The Man Born to Be King, The Wife of Pilate