Priests and Plots: Bye and Main 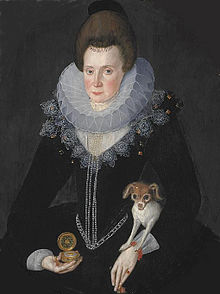 Sometimes, of course, when Catholic priests were suspected of plotting against the government of England, they were plotting against the government or the monarch. Not every Catholic priest or layman executed by the English government died as a martyr! And although English Catholic men traveled to the Continent to study for the priesthood and for the mission in England, they did not always agree about what that mission was. In the latter part of Elizabeth I's reign, there was division between the Jesuits and some of the secular, non-religious priests called the Appellants over the better way to deal with the issues of Elizabeth's excommunication and rightful authority as Queen in England--dividing spiritual and temporal authority, as it were. The Appellants wanted to appeal to the Queen for mercy, claiming that they were loyal to her in temporal matters while still practicing their Catholic faith.

Fathers William Watson and William Clark, who were executed on December 9, 1603, exemplify these two trends in a fascinating pattern. Because Father Watson had great hopes that James VI of Scotland, when succeeding Elizabeth in England would be ready to accommodate this more subtle distinction between the secular and the spiritual authority of the monarch, he met James in Scotland. When James did not accept this radical notion, Watson concocted the Bye Plot to kidnap James, seize the Tower of London, and establish a Catholic government in England.

Henry Garnet, one of Watson's Jesuit adversaries, found out about the Bye Plot and reported it to the authorities. Watson and his fellow conspirators were captured, tried and executed. Father Robert Parsons and the Jesuits who had been also negotiating with James and his new government, hoped that their cooperation in reporting this plot would encouraged the government to ameliorate conditions for Catholics.

Ironically, Henry Garnet would later be executed for his role in the Gunpowder Plot in 1606--a matter more complex than Watson's direct plotting. One of the plotters, Robert Catesby, asked Father Garnet some "hypothetical" moral questions and Garnet warned him against rebellion and the taking of innocent lives; another Jesuit who knew of the plot confessed it to Garnet who told him to do all in his power to prevent it--so Garnet may have been protecting the Seal of Confession. James I was careful not to make a martyr out of Garnet; he was threatened with torture but only tortured once (unlike poor Guy Fawkes in 1605) and was hung until dead before the rest of the traitor's sentence was carried out. Father Garnet has never been declared a martyr by the Catholic Church, although his nephew, also a Jesuit, has been: St. Thomas Garnet.

Also, the investigation of the Bye Plot led to the discovery of the Main Plot, which connived to place Arbella Stuart (pictured above) on the throne after deposing James. Sir Walter Raleigh spent 13 years in the Tower of London for his role in the Main Plot. Arbella reported the attempt of the conspirators to involve her in the plot to the King, so she stayed out of trouble--at least until she married William Seymour, Lord Beauchamp (later the Second Duke of Somerset). Then she was placed under house arrest and after attempting flight to the Continent, imprisoned in the Tower of London from 1610 to 1615, where she died, perhaps of malnutrition (she refused to eat). Seymour/Somerset survived until 1660.

The result for Catholics of the Bye Plot was that James I warned all Catholic priests to leave England immediately with the passage of the "Act for the due execution of the statute against Jesuits, seminary priests, etc." (I Jac. 1, iv), confirming Elizabethan statutes and reinforcing them and their implementation. So Father Watson's attempts both to appeal to Elizabeth I and James I failed and in his desperation--just like that desperation of the Gunpowder plotters two years after--he resorted to violence.

One question I have, to which I cannot find an answer: was this Father William Watson the same priest whom St. Margaret Ward helped escape from Bridewell prison in 1588?
Posted by Stephanie A. Mann at 12:30 AM