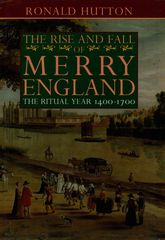 Movies and books have been "Banned in Boston"--but Christmas? Matt Swaim and I will discuss the official ban of Christmas in Boston and Massachusetts for more than 20 years on the Son Rise Morning Show this morning after the 7:45 a.m. Eastern break (6:45 a.m. Central time). This site describes the background:

Outlawing the celebration of Christmas sounds a little extreme, but it happened. The ban existed as law for only 22 years, but disapproval of the Christmas celebration took many more years to change. In fact, it wasn't until the mid-1800s that celebrating Christmas became fashionable in the Boston region.

The Puritans who immigrated to Massachusetts to build a new life had several reason for disliking Christmas. First of all, it reminded them of the Church of England and the old-world customs, which they were trying to escape. Second, they didn't consider the holiday a truly religious day. December 25th wasn't selected as the birth date of Christ until several centuries after his death. Third, the holiday celebration usually included drinking, feasting, and playing games - all things the Puritans frowned upon. One such tradition, "wassailing", occasionally turned violent. The custom entailed people of a lower economic class visiting wealthier community members and begging, or demanding, food and drink in return for toasts to their hosts' health. If a host refused, there was the threat of retribution. Although rare, there were cases of wassailing in early New England. Fourth, the British had been applying pressure on the Puritans to conform to English customs. The ban was probably as much a political choice as it was a religious one for many.

It wasn't just Massachusetts: anywhere in New England where the Puritans influenced the culture, Christmas was not celebrated. The Puritans were bringing their non-celebration customs from England. Christmas was just too Catholic for them. Misspell and mispronounce the word and you have the key: Christ Mass. The celebration of the Incarnation and Eucharist are too close for Puritan comfort.

The Puritans thought Christmas was unscriptural and that the Papists had just taken over a pagan holiday (there are some Christian denominations that are opposed to the celebration of Easter too for the same reasons). The fact that in England, Catholic recusants still celebrated the Christmas season with prayers, Mass, and parties, irritated the Puritans too:

In addition to this association with immorality and the concept of misrule, another of the central objections to the feast for the stricter English Protestants between 1560 and 1640 was its popularity among the papist recusant community. Within the late medieval Catholic church, Christmas had taken a subordinate position in the liturgical calendar to Easter. Its importance, however, had been growing and was further enhanced by the religious conflicts of the sixteenth century, for whereas, as John Bossy has recently pointed out, the more extreme Protestants had little time fox Christ's 'holy family', reformed Catholicism laid great stress on this area. The Tridentine emphasis on devotions to the Virgin Mary in particular elevated the status of the feast during which she was portrayed as a paragon of motherhood.

Certainly, English recusants seem to have retained a deep attachment to Christmas during Elizabeth I's reign and the early part of the seventeenth century. The staunchly Catholic gentlewoman, Dorothy Lawson, celebrated Christmas 'in both kinds... corporally and spiritually', indulging in Christmas pies, dancing and gambling. In 1594 imprisoned Catholic priests at Wisbech kept a traditional Christmas which included a hobby horse and morris dancing, and throughout the late sixteenth and seventeenth centuries the Benedictine school at Douai retained the traditional festivities, complete with an elected 'Christmas King'. The Elizabethan Jesuit, John Gerard, relates in his autobiography how their vigorous celebration of Christmas and other feasts made Catholics particularly conspicuous at those times and, writing on the eve of the Civil War Richard Carpenter, a convert from Catholicism to Protestantism, observed that the recusant gentry were noted for their 'great Christmasses'. As a result, by the 1640s many English Protestants viewed Christmas festivities as the trappings of popery, anti-Christian 'rags of the Beast'.

Christmas had been a great feast in Merry Old England with specific festivities after the Advent period of fasting and repentance. As Ronald Hutton showed in his book, The Rise and Fall of Merry England: The Ritual Year, 1400-1700, the ritual year began--just as the Church year does today--with Advent and the Christmas season. During the coldest and darkest days of the year, the Christian people of England prepared and then celebrated the coming of the Light of the World, both "corporally and spiritually".

In both England and New England, it was not until the nineteenth century that celebrating Christmas became both accepted and common. The Victorians, especially Charles Dickens, revived the festivity of Christmas, but unfortunately focused it all on one day, December 25, forgetting about the season. In the U.S.A., the Civil War led to the revival of Christmas, with thoughts of home and family--and Ulysses S. Grant proclaimed Christmas Day a federal holiday in 1870.
Posted by Stephanie A. Mann at 12:30 AM