The Society of Jesus and the English Reformation 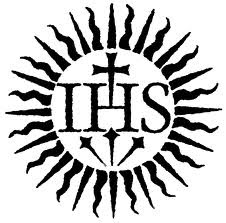 On September 27, 1540 Pope Paul III approved the formation of the Society of Jesus. Founded by St. Ignatius of Loyola, the Society would have a great impact on post-Reformation England.  Eamon Duffy commented on the controversial decision of Reginald Cardinal Pole not to have the Jesuit order assist with the re-establishment of Catholicism in England during the reign of Mary I in his book Fires of Faith. As I mentioned in my review of Duffy's study of that reign, Pole had a different campaign planned. Many of the English martyrs mentioned on this blog were Jesuits, including most famously St. Edmund Campion and St. Robert Southworth. Forty years after the order's formation, the Jesuit mission to England began.

As the U.K. site for the Society of Jesus states:

The history of the Elizabethan Jesuits is the stuff of legends and hagiography: clandestine meetings, priest-holes, raids, escapes from the Tower of London, imprisonment, torture, and martyrdom.

There were also conflicts between the Jesuits and the secular priests over the strategy for perpetuating Catholicism in England. Some Catholics, the Appellants, wanted to demonstrate loyalty to the Queen and to England, while Father Robert Parsons, who came to England with Edmund Campion and then returned to the Continent, urged steps like the excommunication of Elizabeth I and the Spanish Armada. Jesuit colleges in France, Spain, and Italy trained young men for the mission in England.

The Jesuits in England were also involved in some manner in the plots to place Mary, Queen of Scots on the throne of England and the Gunpowder Plot; then they were suspected in the so-called Popish Plot and supported the Jacobite rebellions after the Glorious Revolution--and therefore many of them suffered execution and/or martyrdom. Titus Oates really aimed his "Popish Plot" perjury at the Jesuits, claiming a group of them met to plan the assasination of King Charles II and that all of the Jesuits in England were in on it one way or another. On the other hand, Lord Baltimore asked the Jesuits to assist in the founding of Maryland in the New World. 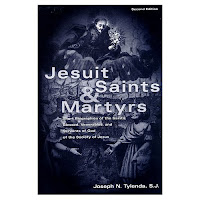 One excellent resource for the stories of the English Jesuits martyred during the Recusant era (Elizabeth I through Charles II) and particularly during the Popish Plot crisis is Jesuit Saints and Blesseds by Joseph Tylenda, SJ.

The French Revolution drove the English Jesuits from the Continent to Stonyhurst in England in 1794, even though the Pope had suppressed the order in 1773. As the same website comments:

In 1762 because of the Society's suppression in France, the English college in St Omer, then inside France, was transferred to Bruges. Despite the storm clouds the English Province was strong: in 1768 there were approximately 300 Jesuits, 26 of whom worked in Maryland and 136 in England.

The Society's situation in England after Pope Clement XIV's brief of 1773, Dominus ac Redemptor - suppressing the Society of Jesus - was anomalous. The Society did not exist officially in England so it could not be suppressed by the secular government. Ironically relations between secular clergy and Jesuits were extremely friendly at the time. Ex-Jesuits were able to remain united under a type of superior associated with the college then in Bruges (eventually moving to Liège and finally in 1794 to Stonyhurst) and to retain ownership of the province's not inconsiderable assets.

In 1801 the Jesuits were restored and in 1803 the English Province was restored. Finally, Catholic Emancipation in 1829 and the Restoration of the Hierarchy in 1850 led to the foundation of many Jesuit colleges--including Campion Hall in Oxford--and parishes throughout England.

Famed English Jesuits of the modern era include: Gerard Manley Hopkins, convert and poet; Frederick Copleston, the historian of philosophy; John Hungerford Pollen and Philip Caraman, historians and biographers who focused on the English recusant era of Jesuit martyrdoms; and Clifford Howell, who wrote on doctrine and worship. A more infamous Jesuit was George Tyrrell, the Modernist theologian.
Posted by Stephanie A. Mann at 2:08 AM