A Trifecta of Anniversaries on September 21 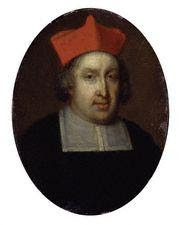 The battle of Prestonpans was fought--and quickly decided--on September 21, 1745: the forces of Bonnie Prince Charlie carried the day in short order while London prepared for invasion.

Philip Thomas Howard was born on September 21, 1629--the third son in that generation of England's premier Catholic family. He went to Cremona, Italy and became a Dominican, founding a priory in Flanders with a college for English youth and a convent in Vilvoorde (where William Tyndale was executed during the reign of Henry VIII). He was Grand Almoner to Queen Catherine of Braganza during the reign of King Charles II. Cardinal Philip Howard died on June 17, 1694 in Rome and is buried in St. Maria Sopra Minerva--where he had served as Cardinal Priest from 1679. He also served as Camerlengo the Sacred College of Cardinals from 1689 to 1691.
Sir Walter Scott died on September 21, 1832. Blessed John Henry Newman prayed for him, having admired his poetry and prose. As Blessed Newman said (although Scott was by conviction anti-Catholic) his works had made the Middle Ages romantic and not quite so "Dark"! This paper describes Newman's admiration for Scott.
Thinking of Sir Walter Scott reminds me of James Hope-Scott, Tractarian and Catholic convert, who married Scott's granddaughter and took up residence at Abbotsford, adding the "-Scott" to his name.
Posted by Stephanie A. Mann at 3:04 AM