The Oxford Movement and Anglican Patrimony 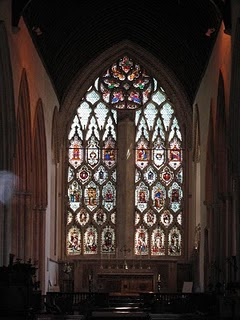 Apropos of the anniversary of the beginning of the Oxford Movement, Monsignor Andrew Burnham recently discussed the influence of that Movement on the Anglican Patrimony of prayer and worship. The New Liturgical Movement blog documents his presentation at the Anglican Use Conference in Texas.

He begins by mentioning the Oxford Movement:

The vigorous discussion of ‘Anglican Patrimony’, a phrase used by Pope Benedict XVI in Anglicanorum cœtibus, has established two things for sure. One is that it is not only a liturgical tradition which former Anglicans bring into the Catholic Church: there is a sense in which ‘patrimony’ is far wider than that, and includes a whole cultural mindset and experience which is no less real for being hard to define. The other thing that the discussion has established is that, whatever it is, ‘Anglican Patrimony’ certainly does include a liturgical tradition, a tradition which is powerfully Benedictine, in its continued celebration of the public office, often within buildings that were abbeys and priories. It is also a tradition which, somewhat self-consciously, has adopted the Eucharist as its mainstay. This we all owe to the Oxford Fathers as much as to the Twentieth Century Liturgical Movement, which has influenced us all.

And toward the end he also invokes the Oxford Movement:

The Oxford Movement's emphasis on the universal catholic church, of which they thought the Church of England was a branch, the via media led them to seek for those apostolic connections. Their study of the Fathers of the Church led Newman and others to join the Catholic Church while those who remained developed a higher ritualistic celebration of the Paschal Mystery, as I've discussed before, here and here for example.

More coverage of the Anglican Use Conference here. Image: photo taken inside Dorchester Abbey, renovated by a Tractarian/Ritualist Anglo-Catholic vicar in the 19th century.
Posted by Stephanie A. Mann at 2:28 AM