The American Protestant Empire and "The Incorporation", 1940-1947 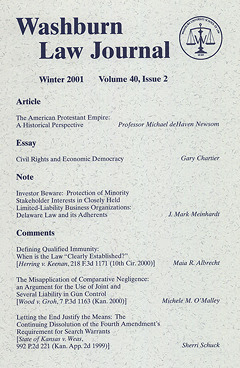 In my first two posts on Michael DeHaven Newsom's article "The American Protestant Empire: A Historical Perspective" I reviewed his interpretation of the Long English Reformation from Henry VIII to William and Mary and his views of the Protestant Empire established in the British American colonies and the Founders' vision of the United States of America. Newsom concludes that the Founders intended to protect Protestant hegemony in the new USA not at the federal level (thus including a provision for no religious tests for federal office and the non-establishment clause in the First Amendment) but at the state level, through established Protestant churches, institutions, and the destruction of the religious system of African slaves in the USA (and of Native American religious beliefs too). He concludes that section on establishment of the American Protestant Empire with the note that Protestants hoped that through the system of suasion and coercion at the state and local level dissenters--especially Catholics--would eventually become "orthodox" Protestants (evangelical fundamentalists). That was certainly one of the ancillary benefits National Prohibition reformers hoped for: Catholics would sober up and become good evangelical fundamentalist Protestants!

All that remains to discuss is Newsom's section "C. The Incorporation". I admit I struggled with this section because I cannot determine where he defines or finds the term The Incorporation, which he dates to 1940-1947. It's not a period I've ever seen mentioned in surveys of American history. I presume he coined the term himself or perhaps he is referring to the incorporation of the Bill of Rights and other Amendments into state laws by the passage of the Fourteenth Amendment in the nineteenth century, because he does not cite a specific source for The Incorporation of 1940-1947 that I can see--or why he dates it to 1940-1947. He describes the Incorporation as "an adjustment of the rules of the Protestant Empire, largely inspired by the conclusion that the Protestant majority had proceeded in an excessively ham-handed way with respect to religious minorities." Catholics were still the main group the American Protestant Empire wanted to persuade or coerce--the same Elizabethan/Stuart fear of Catholics as alien and dangerous was in place, "embedded in American culture." (p. 256)

He sets the scene for this Incorporation by explaining how the result of "the Scopes Monkey Trial" (The State of Tennessee vs. John Thomas Scopes) in 1925 and the failure of National Prohibition in 1933 left only the Protestant control of religious teachings and Bible reading (The King James Bible) in the common (public) schools as the main source of suasion and coercion in the American Protestant Empire. In general, he notes, State Courts upheld this religious control--and of course states had legislated this control through the Blaine Amendments.

Newsom sees an English historical parallel for the inspiration of this Incorporation in the Restoration reaction to the Puritans as the Anglicans in 1660 recognized that the "zealous push to Protestantize in a radical Puritan direction can go too far" (p. 259). Therefore, the Incorporation was a Protestant effort to maintain the American Protestant Empire by non-evangelical fundamentalist Protestants in the USA comparable to the Stuart religious settlement at the Restoration because evangelical fundamentalist Protestantism had caused "serious trouble" (p. 269) in the USA as Puritans had in the Interregnum England. So through the Incorporation--whose "idea" Newsom notes "may go back to the time [1868] of the adoption of the Fourteenth Amendment" (p. 261), the Tentative Principle was revised.

The previous Tentative Principle was:

allocate much of the work of the Anglo-American Reformation to the states and other institutions and not the federal government (pp. 250 and 251).

In 1833, Massachusetts became the last state to end support of its established church, the Congregationalists: thus the first part of that Tentative Principle had fallen away long before 1940-1947, the Scopes trial, or the experiment of Prohibition.

Again, I could not find a citation for some pan-Protestant document or agreement among mainline Protestants that set forth this new agreement: it must be his interpretation of what happened, as U.S. Supreme Court and State Court decisions removed all religious (Protestant) expression from the common/public schools:
and Newsom fills almost a page with footnotes describing the cases that led to this secularization of the common schools (p. 262)--but most of them were decided after 1940-1947(?).

Newsom doesn't deal with it much, but I presume that the onus of upholding the American Protestant Empire in the common schools is thus left to the students (and their parents), who demand the freedom to pray, to read the Holy Bible when out of the classroom but still in the school, to cite the Ten Commandments or other religious, biblical, moral, doctrinal or liturgical beliefs in their homework assignments, presentations, etc. Thus the battle over valedictorian speeches at graduation ceremonies with any mention of God or faith: what freedom of religion does the student have at an official event?

In 2001, Newsom--in his Conclusion--asserted not only that the American Protestant Empire was a "historical reality" but also that it is "a present reality in a way that would warm the hearts of Henry and Elizabeth." (pp. 263-264) He cites Catholics losing their faith in the Real Presence of Jesus in the Eucharist as a key to the kind of assimilation Lyman Beecher hoped for in the nineteenth century--without that belief Newsom doesn't see much difference between Catholics and evangelical Protestants. According to more recent Pew polls, that failure of belief may have only gotten worse. Newsom comments in a footnote (611) that there is a tendency to view Catholicism in America as just another pan-Protestant denomination engaged in the "culture wars".

He also notes that "The continuing problem of race in America, particularly as it relates to African-Americans, a problem invented by Anglo-Protestants, is far from being solved." (p. 264) He absolved the Catholic Church from racial problems in footnote 68 on p. 197, with the statement that "Slavery in the Roman Catholic New World was far less harsh than in the British and American New World"--an absolution I don't think that many Catholic historians would accept absolutely. Certainly we could argue that the Catholic Church taught against chattel slavery, argued for the good, fair treatment of indentured servants, outright condemned all forms of slavery, etc., during our long. long history, but instances like the Jesuits at Georgetown University owning--and selling--slaves in the nineteenth century make any Catholic virtue signalling on African-American chattel slavery uncomfortable.

Current common opinion seems to be that the United States is an officially secular country insofar as our government and administration of laws attest, but that many United States citizens live according to religious moral and doctrinal teachings, wanting to worship freely, live according to our faith, and hand on our religious beliefs through catechesis. Thus we rely upon the government and administration of laws to protect those freedoms. Thus the continuing existence of parochial and private schools, Catholic and Protestant, Jewish and Muslim, etc.

It is my ultimate judgment that the American Protestant Empire has largely been an unmitigated disaster for people who are not both white and Protestant, particularly, but not exclusively, Native Americans and African-Americans. I also believe that it has posed enormous difficulties for whites who are not Protestants, mainly Catholics, Jews and Eastern Orthodox, the so-called "white ethnics". . . .

The American Protestant Empire needs to end, but it will not unless and until people who have been harmed by it take conscious and deliberate steps to end it. . . .

I wonder if anyone has taken up his challenge, that if they really want to claim that the USA is a post-Protestant country, they have "a great deal of explaining to do"[!] He thinks that with 500 plus years of history, and of constraint and coercion, the American Protestant Empire is "a culturally embedded reality" (p. 266)

As you can reasonably conclude from the fact that I dedicated three posts to a seventy-nine page article in a law journal, Professor Newsom's argument, historical and legal, fascinated me. The main difficulty I had was the lack of documentation for either the first Tentative Principle of the Founders' religious arrangements in The Constitution of the United States of America or the Revised Tentative Principle of The Incorporation of 1940-1947. Since his argument is based on "historical inquiry" (p. 245), shouldn't he present some documentation for these Tentative Principles? I did not find that documentation clearly presented in his notes--they seem to be inventions of his interpretation of nineteenth and twentieth century American history.
Posted by Stephanie A. Mann at 12:00 AM