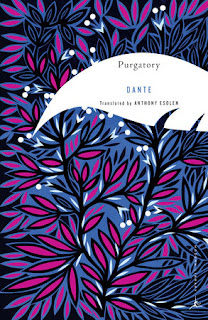 We are just two months away from the annual Catholic Culture Conference at the Spiritual Life Center. From the Wichita diocesan newspaper, The Catholic Advance:

. . . A Catholic culture is an environment which fosters our authentic development in mind, body, and spirit. John Senior described this culture as “the natural environment of truth, assisted by art, ordered intrinsically, that is, from within – to the praise, reverence, and service of God our Lord. To restore it, we must learn its language.”

This is the motivation, and hope, for the 2nd Annual Catholic Culture Conference April 22-23 at the Spiritual Life Center. The theme of this year’s conference is “Reviving the Catholic Imagination.”

Our keynote speaker is Dr. Anthony Esolen. Professor Esolen currently serves as professor of English at Providence College, and is perhaps best known for his widely acclaimed translation of Dante’s Divine Comedy. He has also authored several original works, including The Politically Incorrect Guide to Western Civilization and the satirically titled Ten Ways to Destroy the Imagination of Your Child. He regularly writes for publications including The Catholic Thing and Crisis Magazine.

Dr. Esolen will give three presentations at the conference. A keynote presentation entitled “The Smallest of the Seeds: The Union of All Things in Christ” on Friday, April 22, followed “Dante and the Glorious Liberty of the Children of God” and “Assaults on Spiritual Liberty” on Saturday, April 23. The conference will also feature other presentations by regional and local speakers including Bo Bonner, Stephanie Mann, Jackie Arnold, Matthew Umbarger, and Fr. Ken Van Haverbeke.
Gates is assistant program director at the center.

Space is limited to the first 150 registrants. Sign up early by calling the Spiritual Life Center at (316) 744-0167 or online at SLCWichita.org. Registration includes a wine and appetizer social Friday evening, and breakfast and lunch on Saturday. Early bird rates, by April 11, are commuter $55, single occupancy $85, double occupancy $75.

I'm preparing my presentation now: "Cobbett, Chesterton, and Merry Old England."
Posted by Stephanie A. Mann at 12:30 AM