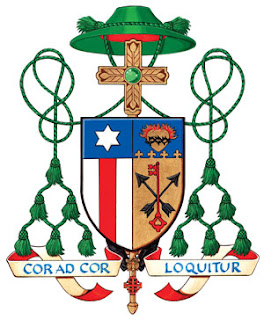 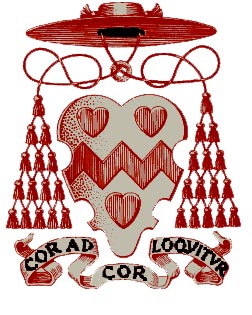 Bishop James Conley of Lincoln, Nebraska, quoted Newman in a talk given to teachers in his diocese, "reprinted" in Crisis Magazine:

My spiritual patron, Blessed John Henry Cardinal Newman, said that friendship is a school of love, a school of Christian charity. He thought that human friendship teaches us, in a particular way, how to exercise universal charity.

Newman wrote that “the best preparation for loving the world at large, and loving it duly and wisely, is to cultivate an intimate friendship and affection towards those who are immediately about us.”

Friendship is a “school of Christian charity” because friendship makes demands upon us. Our friends are those who are most close to us, who share a vision, and a mission. Our friends are collaborators in the great work—the magnum opus—of our lives. But our friends, like us, are human beings. And relationships with human beings require forgiveness, forbearance, patience, and understanding. We learn those virtues by loving our friends. Newman says that

The real love of man must depend on practice, and therefore, must begin by exercising itself on our friends around us, otherwise it will have no existence. By trying to love our relations and friends, by submitting to their wishes, though contrary to our own, by bearing with their infirmities, by overcoming their occasional waywardness by kindness, by dwelling on their excellences, and trying to copy them, thus it is that we form in our hearts that root of charity, which, though small at first, may, like the mustard seed, at last even overshadow the earth.

Bishop Conley is quoting from Newman's Parochial and Plain Sermon "Love of Relations and Friends", based upon the verse from the First Letter of St. John: "Beloved, let us love one another, for love is of God." (4:7). Blessed John Henry Newman goes to demonstrate how observing the old adage that "charity (love) begins at home" has an influence on how we respond in charity (love) to our neighbor and even those we don't know but want to help:

Further, that love of friends and relations, which nature prescribes, is also of use to the Christian, in giving form and direction to his love of mankind at large, and making it intelligent and discriminating. A man, who would fain begin by a general love of all men, necessarily puts them all on a level, and, instead of being cautious, prudent, and sympathising in his benevolence, is hasty and rude; does harm, perhaps, when he means to do good, discourages the virtuous and well-meaning, and wounds the feelings of the gentle. Men of ambitious and ardent minds, for example, desirous of doing good on a large scale, are especially exposed to the temptation of sacrificing individual to general good in their plans of charity. Ill-instructed men, who have strong abstract notions about the necessity of showing generosity and candour towards opponents, often forget to take any thought of those who are associated with themselves; and commence their (so-called) liberal treatment of their enemies by an unkind desertion of their friends. This can hardly be the case, when men cultivate the private charities, as an introduction to more enlarged ones. By laying a foundation of social amiableness, we insensibly learn to observe a due harmony and order in our charity; we learn that all men are not on a level; that the interests of truth and holiness must be religiously observed; and that the Church has claims on us before the world. We can easily afford to be liberal on a large scale, when we have no affections to stand in the way. Those who have not accustomed themselves to love their neighbours whom they have seen, will have nothing to lose or gain, nothing to grieve at or rejoice in, in their larger plans of benevolence. They will take no interest in them for their own sake; rather, they will engage in them, because expedience demands, or credit is gained, or an excuse found for being busy. Hence too we discern how it is, that private virtue is the only sure foundation of public virtue; and that no national good is to be expected (though it may now and then accrue), from men who have not the fear of God before their eyes.

That reminded me of the goals of Blessed Frederic Ozanam and the Society of St. Vincent de Paul: not organized, systematic philanthropy, but personal, immediate charity from one Christian to another.

The first coat of arms at the top is Bishop Conley's, the second is Cardinal Newman's.
Posted by Stephanie A. Mann at 12:30 AM