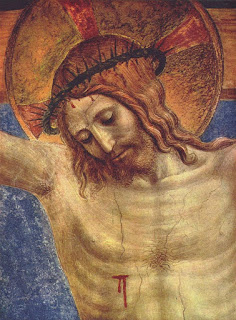 Mary I, eventually Queen Regnant of England, was born on February 18, 1516. Clare Ridgway of The Anne Boleyn Files writes:

On this day in history, in the early hours of Monday 18th February 1516, at the Palace of Placentia in Greenwich, Catherine of Aragon gave birth to a healthy daughter. It was Catherine’s sixth pregnancy (some say fifth) and it must have been a relief to hear the baby cry and see her wriggle, even if she was ‘just’ a girl.

Anna Whitelock describes how, three days after her birth, this baby girl was baptised at the nearby Church of the Observant Friars with Margaret Pole, the Countess of Salisbury, standing as her godmother.* At the end of the ceremony, heralds proclaimed:-

“God send and give long life unto the right high, right noble and excellent Princess mary, Princess of England and daughter of our most dread sovereign lord the King’s Higness.”

The little girl had been named Mary after her father’s favourite sister, Mary Tudor, and Linda Porter writes of how the baby princess was “small but pretty” and “already showed signs that she had inherited the red-gold hair of both her parents and the clear Tudor complexion.” She had also inherited her parents’ pride, intelligence and strength of character. As her parents gazed at their daughter, breathing sighs of relief that she seemed fit and healthy, they would have had no idea that this tiny girl would one day be Queen of England, that she would face many challenges with courage and would fight for her throne and win.

*Other sources note that: "Her godparents included her great-aunt the Countess of Devon, Lord Chancellor Thomas Wolsey, and the Duchess of Norfolk.[5] Henry VIII's cousin once removed, Margaret Pole, Countess of Salisbury, stood sponsor for Mary's confirmation, which was held immediately after the baptism.[6]"

Thirty years later, the Reformer, Martin Luther, died on February 18, 1546. As this site briefly describes his last years and death:

During his last years of life Luther fought against many physical ailments. The death of his daughter Magdelena, in 1542, was also very difficult for him.

Luther's relationship to people with different beliefs, especially the Jews, deteriorated drastically during these years. His 1523 work Jesus was born a Jew showed a concilliatory (sic) attitude; however, in later years the aging reformer sentenced all who did not want to convert to his beliefs. The strongly anti-semetic (sic) work Jews and their Lies (1543) came out during this period.

Luther continued to lead the Reformation in its fight against its enemies even in the last years of his life. With his 1545 work Against the Papacy at Rome Founded by the Devil! he performed his last blow against the Roman Church.

Luther continued his preaching duties despite his various disappointments and ailments.

Luther continued to teach at Wittenberg University until the end of his life; his last lecture ended with the words: "I am weak, I cannot go on."

Luther set off on his last trip on January 17, 1546, to his birthplace Eisleben (only in German).

Although he was drawn with illness, he went to settle a dispute among the Mansfeld Counts. The negotiations ended successfully.

Luther did not have the energy to return to Wittenberg. He died on February 18, 1546 in Eisleben. On his death bed, he prayed "Into your hands, I command my spirit. You have saved me, Father, you faithful God."

After the coffin was displayed for two days in Eisleben, Luther's body was transported through Halle and Bitterfeld back to Wittenberg.

On February 22 Luther was laid to rest in the Castle Church in Wittenberg; Johannes Bugenhagen held the funeral oration.

And today is also the feast of Blessed Fra Angelico, a great Dominican saint and Renaissance artist:

Bl. John of Fiesole, popularly known as Bl. Fra Angelico, was a Dominican painter in the mid-fifteenth century known for the beauty of his paintings and the holiness of his priestly life. Nicknamed “Angelico” by his brothers, his Dominican consecration and life are worthy of imitation as he preached Jesus Christ by his life, his words, and his paintings.

Given the name Guido at Baptism, this saint was born near Vicchio, in the vicinity of Florence, at the end of the 14th century. From his youth he practiced the art of painting. Having entered the Dominican convent in Fiesole, he was given the name Brother Giovanni (Brother John). After ordination he held various responsibilities, one of which was that of prior of the convent in Fiesole.

Faithful to the promises he made as a Dominican, to preach the Gospel after having contemplated it in prayer, Fra Angelico put his creativity at the disposal of the Lord. With brush and paint in hand, he used his talents to transmit to all people the sublimity and the redemptive strength of the divine mysteries.

Between 1425 and 1447, Fra Angelico carried out his activity for the Dominican convents and other ecclesiastical institutes at Fiesole, Florence (most especially at the convent of San Marco), Cortona and Orvieto. The fame of his genius merited him the esteem of the Sovereign Pontiffs Eugenio IV and Nicolas V, who contracted him for the task of frescoing several rooms in the Vatican Palace (1445-1449).

Fra Angelico died on February 18, 1455, in the convent of Santa Maria Sopra Minerva in Rome and was buried in the adjoining Basilica, where his body was covered by a simple slab on which was carved his portrait. With a personality that was uncomplicated and clear, Brother Giovanni had lived a poor and humble life, refusing honors and positions.

The virtue and the profound religious spirit which characterized the life of this artist and Dominican is reflected in his spirituality, his purity, and the luminosity of his art. Even before his official recognition as a blessed of the Church, he had been given by the faithful the title “Beato Angelico.” In a moving ceremony on October 18, 1984, Pope John Paul II, on his knees in front of Fra Angelico’s tomb, proclaimed him solemnly to be the universal patron of all artists.
Posted by Stephanie A. Mann at 12:30 AM