English Colonies in the New World 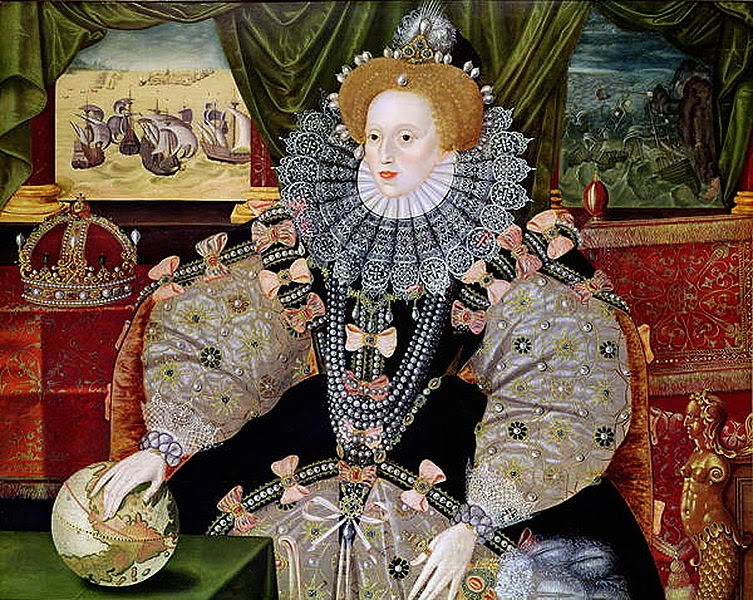 From the archives of History Today, how the Tudors (and the Stuarts) passed up the opportunity to colonize the New World:


But the English crown was not itself prepared to invest either men, material or money in such overseas enterprises. Henry VIII’s ambitions began and ended in France; the youthful Edward reigned for too short a time; Mary could not act so as to upset her Spanish husband; Elizabeth disguised parsimony as prudence; while James I signed a peace treaty with the nation’s colonial rival. Given such state disinterest, America remained peripheral to English policy while paramount for the Spanish purse.

Given a free hand, neither did English adventurers ever match the horizon-stretching deeds awarded to them on paper. Cabot, granted a continent, ventured inland “the shooting distance of a crossbow” before retreating to his ship. So, 150 years later, no Englishman had settled beyond the reach of the tide and all looked to the waterways for their succour: none had broken out from their beachhead to make the land their own.

In contrast to Spain, England did not find the New World a source of wealth and gold--except when English pirates seized gold from Spanish ships. Also, the English colonists did not export religion--rather they sought freedom from England's state church:


Given a religious homogeneity at home, Spain also exported Jesuits to proclaim and convert natives, often brutally, to the one true faith. By contrast, although every English Royal Charter included a paragraph on the need to spread the gospel, few English missionaries sailed to North America. 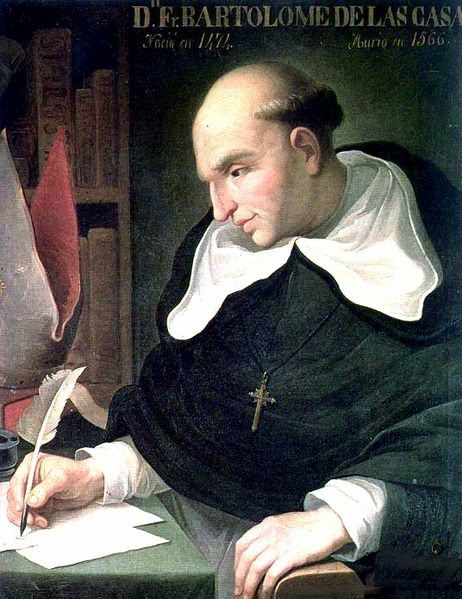 [That little dig, "often brutally" is an automatic anti-Jesuit response--since the topic is North America, I think the author should have included consideration of French Jesuit missionaries. Even Francis Parkman admitted that the French missionaries respected and treated the native Americans well. I don't think Blessed Junipero Serra is known for brutality toward the natives, nor Father Kino--and the author certainly forgets that Spain sent Dominican and Franciscan friars too! It certainly means the author ignored the great Bartolomé de las Casas, O.P., "Protector of the Indians", who protested against Spanish colonists' abuse of the natives. Those words "often brutally" just betray sloppy anti-Catholicism, in my opinion.]

Indeed, the New World was seen as a place to despatch (sic) those, either Catholic or dissenting who, irritatingly, held to a doctrine deemed false. The export of such nonconformists began with the voyage of Mayflower in 1620 and reached a climax during the reign of Charles I, when thousands crossed the Atlantic to Massachusetts to escape from the persecution being instigated by Archbishop Laud. A similar exodus was to take Catholics to Maryland and Quakers to Pennsylvania.[Please see my article on Maryland here--I would say that the Catholics were not so much "despatched" as allowed to emigrate because of George Calvert, Lord Baltimore's past loyalty to James I.]

These people could not consider themselves to be sojourners; they had no future other than in the New World. However difficult life became, they had to make it work to survive because there was no going back. Their loyalties were to their community and they made their own laws to ensure that they could live and survive together. From rules, such as the Mayflower Compact, democracy in America was born. Thus, ironically, the future of the English New World was assured by those who arrived carrying the curse rather than the blessing of the court.

Although the phrase ‘British empire’, coined in 1577 by John Dee, gives the impression that Britannia wished to set her bounds ever wider for the glory of crown, country and the Protestant creed, the actuality is very different. The early argument for overseas settlement was, in truth, based around finding a passage to Cathay; discomforting Spain; settling indigent or criminal elements; monopolising the distant fishing grounds; searching for precious metals and resettling loyal but non-Anglican groups.

While all of these aims could claim to be in the national interest, the crown, apart from granting charters, remained aloof, while the overweening desire of those masterminding the venture was self-aggrandisement. Success was never certain and came about not through a deliberate far-sighted policy, but through a series of inter-locking accidents from which the English emerged as the survivors.

Read the rest here. So, although Elizabeth I is pictured in the Armada Portrait with her hand upon the globe of the earth to symbolize England's international power, she, like her Tudor predecessors, was not a great colonist or supporter of exploration of the New World (dare I say she was insular?). Image credit.
Posted by Stephanie A. Mann at 12:30 AM