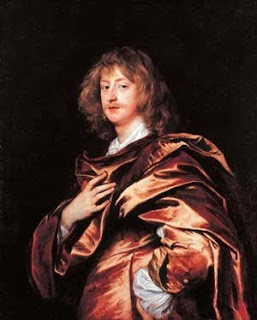 George Digby the 2nd Earl of Bristol, sometime Catholic, advisor to Charles I and of Charles II, died on May 20, 1677. The Wikipedia article cited here includes a summary of his character:

Bristol was one of the most striking and conspicuous figures of his time, a man of brilliant abilities, a great orator, one who distinguished himself without effort in any sphere of activity he chose to enter, but whose natural gifts were marred by a restless ambition and instability of character fatal to real greatness.
Clarendon describes him as "the only man I ever knew of such incomparable parts that was none the wiser for any experience or misfortune that befell him," and records his extraordinary facility in making friends and making enemies. Horace Walpole characterized him in a series of his smartest antitheses as "a singular person whose life was one contradiction." "He wrote against popery and embraced it; he was a zealous opposer of the court and a sacrifice for it; was conscientiously converted in the midst of his prosecution of Lord Strafford and was most unconscientiously a persecutor of Lord Clarendon. With great parts, he always hurt himself and his friends; with romantic bravery, he was always an unsuccessful commander. He spoke for the Test Act, though a Roman Catholic; and addicted himself to astrology on the birthday of true philosophy."
Posted by Stephanie A. Mann at 2:04 AM