Archbishop Nichols at the Charterhouse 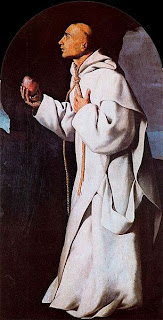 When I was on the Son Rise Morning Show Wednesday, May 4, Brian Patrick asked me how the Feast of the English Martyrs, specifically the Carthusian Martyrs executed May 4, 1535, is observed in England. I mentioned that the Church of the England and the Catholic Church in England hold a prayer service to commemorate the day, and that I would be following up on this year's event. Vincent Nichols, Archbishop of Westminster offered the homily after the Solemn Evensong:

Sermon for Solemn Evensong and Commemoration of the Carthusian Martyrs St John Houghton and Companions
Wednesday 4 May 2011
The Chapel, Sutton’s Hospital in Charterhouse.

Shortly, from this chapel, where we have celebrated such a beautiful solemn evensong, we will process to the Chapel Court, the site of the ancient Priory Church. There, as the Master will remind us, the Carthusian Community – having a few days earlier undertaken their reconciliation with God and one another - offered the Mass of the Holy Spirit.

They did so that the “gracious Comforter himself” would “console, strengthen and direct [their] hearts”. And, as we will hear, during that holy Mass the monks experienced the voice of a gentle breeze, which, though no more than a sweetly whispered murmur, was nevertheless an irresistible power.

It is so fitting that we are reminded of that outpouring of the Holy Spirit during this season of Eastertide. For Our Lord’s Passion, Death and Resurrection is also the time of the new coming of the Holy Spirit, which Jesus had promised in the Upper Room where he kept his Passover with the Twelve. Jesus, the Christ, consecrated by the Father with the anointing of the Holy Spirit, gave up his spirit on the cross so that risen he may bestow it upon his Apostles. “Receive the Holy Spirit”, he says.Then, just as he himself was sent, so he calls the Apostles to be ministers of, and witnesses to, that peace and reconciliation which are the fruits of the new creation inaugurated by his death and resurrection. This apostolic mission is given its definitive manifestation on the day of Pentecost. Full of the strength of the Holy Spirit, the Apostles go out to fulfil faithfully their vocation, even though in so doing they encountered suffering and death.

That same Holy Spirit came upon the Carthusian martyrs whom we commemorate today. The gift of the Holy Spirit moved them to be reconciled with God and with one another. That soft murmur carried sweetly and strongly, to their inner ear, the very word of God: “Fear not: for I have redeemed you, I have called you by your name; you are mine”; I will be with you through river and fire to bring you to the glory for which I have created you. Yes, a gentle breath convincing them utterly that the fiery trial ahead would make them nothing less than partakers in Christ’s sufferings - thus something in which to rejoice! And it was “the spirit of glory and of God” resting upon them which enabled this brave brotherhood to believe unswervingly that “when [Christ’s] glory shall be revealed, ye may be glad also with exceeding joy.”

The sound from Heaven heard just after the consecration of the Mass was indeed the promise of future glory: a sure hope on which to draw during their courageous witness to the truth of God and His holy Church.

That courageous witness was given four hundred and seventy six years ago today when Saint John Houghton, after pardoning his executioner with a moving embrace and kiss, went to his death praying one of the psalms we sang tonight: In te, Domine, speravi.

It was such hope, born of the Spirit, such a firm trust in God our strong rock and deliverer, which preserved St John in fidelity to his calling and mission; such inspired trust and hope permitting St John in his suffering to give voice to the very passion of Christ: “Into your hands I commend my spirit”. In this, too, he was one with Christ’s Passover into the Father’s glory. . . .

The Archbishop then went on to reflect on the recent Royal Wedding AND on the beatification of John Paul II.
Posted by Stephanie A. Mann at 2:01 AM