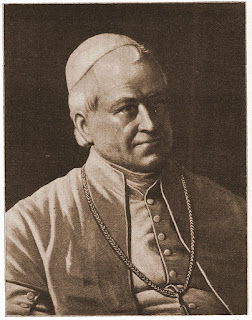 As today is the anniversary of the definition of the Church's teaching on Papal Primacy and Papal Infallibility at the First Vatican Council on July 18, 1870, here are some comments from Father John Trigilio  at Legatus:

Papal primacy is the concept that the bishop of Rome (the pope) is the universal pastor and supreme head of the Catholic Church. He has full, supreme, immediate, and universal jurisdictional authority to govern the Church.

This means that no bishop, synod, or council of bishops can override his authority. His teaching authority is defined in the doctrine of papal infallibility. His governing authority is contained in papal primacy.

The Eastern Orthodox Church considers the bishop of Rome to have a primacy in honor among the five patriarchs of Jerusalem, Alexandria, Antioch, Constantinople and Rome. They do not recognize his primacy in jurisdiction, however.

Every bishop in the Catholic Church must be approved by the pope and receive a papal mandate before being ordained and consecrated to the episcopacy, and it is the pope who confers on that bishop the authority to govern the diocese to which he has been appointed.

The First Vatican Council defined papal infallibility and papal primacy. “All the faithful of Christ must believe that the Apostolic See and the Roman Pontiff hold primacy over the whole world, and that the Pontiff of Rome himself is the successor of the blessed Peter, the chief of the apostles, and is the true Vicar of Christ and head of the whole Church and faith, and teacher of all Christians.”

The charism of infallibility is exercised only when the pope issues an ex cathedra statement on faith and morals or when he proposes a teaching united with all the bishops of the world. Unlike divine inspiration of scripture, where God directed the sacred authors to write only what he wanted them to write, infallibility means there are no moral or doctrinal errors present in the statement.

And here's a conversation on these doctrines on Thinking With the Church: 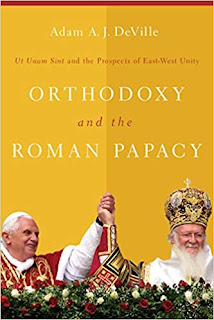 These teachings – of an Ecumenical Council – are to be held by all the faithful on pain of mortal sin: to deny them is to separate oneself from the Body of Christ.

Only, what do these teachings mean?

More importantly, what don’t they mean?

Where did they come from?

Why did the Fathers of the I Vatican Council bother with them at all, and why do we bother with them today, when the Papacy as an institution often appears rather to be an impediment to Christian unity than anything else (and don’t be upset with me – I didn’t say it, Pope St. John Paul II did in Ut unum sint, 96).

This week, we explore these questions and others with Christopher Wells, a theologian doing Doctoral work at the Pontifical University of St. Thomas Aquinas, who has written extensively on both subjects, especially their treatment in the thought and writings of the great 19th Century theologian and Churchman, Henry Edward Cardinal Manning.

I'm still reading--in between assigned reading for my summer school classes at the Spiritual Life Center's Christendom Academy--Adam DeVille's Orthodoxy and the Roman Papacy: Ut Unum Sint and the Prospects of East-West Unity.
Posted by Stephanie A. Mann at 12:30 AM