Tracking Down an English Pastoral Letter of 1875 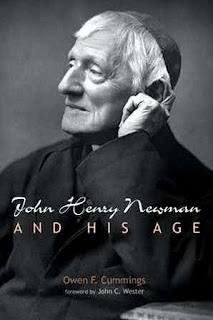 In September I read and reviewed Owen F. Cumming's introductory study of Saint John Henry Newman, rather unfavorably, I think one could say.

One comment he made in the chapter on the First Vatican Council (1869-1870) about the reception of the work of the Council, especially on Papal Infallibility, puzzled me:

The English bishops, for example, did not issue a joint pastoral letter on Vatican I until their Low Week meeting of 1875, five years later. What they came up with on that occasion was essentially an acknowledgement of the rights of local bishops. A bishop was not simply a papal vicar. (p. 130)

There's no footnote to the source of this information. So I tried to find information about this unnamed joint pastoral letter. Here's what I found:

At least two individual bishops issued pastoral letters: Manning and Ullathorne. I found this information in an article (located at Academia.edu) by Christian D. Washburn, "The First Vatican Council, Archbishop Henry Manning, and Papal Infallibility", published in The Catholic Historical Review, Volume 102 (4), pp. 712-745– Dec 9, 2016. Professor Washburn argues that Manning wasn't the "extreme ultramontanist" we think he was.
Manning published The Vatican Council and Its Definitions: A Pastoral Letter to the Clergy; Ullathorne (Newman's Bishop) The Council and Papal Infallibility: A Letter Addressed to the Clergy and the Laity of the Diocese of Birmingham. (It's interesting that Ullathorne included the laity. In the midst of The Rambler crisis, Bishop Ullathorne asked Newman "Who are the laity?" Newman recorded his response, cited in Coulson's book on the issue, "I answered (not in these words) that the Church would look foolish without them".)

There was a joint effort, beginning in 1875, of the bishops of England to deal with the establishment of schools by the Society of Jesus. According to this overview of the Historiography of the Jesuits in Britain in the Late Modern Period by Jeffrey P. von Arx, S.J.:

The issue between the Jesuits and the bishops came to a head in 1875 over the efforts of the Jesuits to establish a college in the city of Manchester over the objection of the ordinary, Herbert Vaughan (1832–1903; bishop of Salford 1872–92; archbishop of Westminster 1892–1903; created cardinal 1893).19 The Jesuits had had a church in the city since 1869 and the provincial, Peter Gallwey (1820–1906; in office 1873–76), maintained this fact gave them the right to establish a college, even without the bishop’s permission, according to privileges that had been granted them by the Holy See with the approval of their Constitutions in 1540, and renewed with their restoration in 1814, and this he proceeded to do. Vaughan took his case to Rome where the Jesuit general was prevailed upon to order the school closed, but without any judgment on the matter of Jesuit privileges vis à vis the bishops’ authority.20

That was not a satisfactory resolution for the bishops of the issue between them and the religious orders, especially the Jesuits, over the privileges of regulars versus the authority of bishops. A number of the bishops, especially Cardinal Manning (1808–92, archbishop of Westminster 1865–92, created cardinal 1875), wanted the issue of episcopal jurisdiction over religious resolved once and for all, and Manning pressed his fellow bishops to refer the matter to Rome for settlement. When the matter was finally resolved with the issuance of the apostolic constitution Romanos pontifices, it was a decisive victory for the bishops, and religious orders could not open new schools or colleges, residences or churches without the express permission of the ordinary.21 The Constitution would govern the relations between bishops and religious orders not only in Britain but worldwide until the revision of canon law in 1917.
According to the Catholic Encyclopedia,this had been an issue for more than two decades: 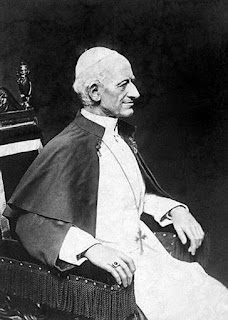 The restoration by Pius IX, 29 Sept. 1850, by letters Apostolic "Universalis ecclesiæ" of the hierarchy in England, and the consequent transition to the new order of things, necessarily gave rise to misunderstandings and discussion in various matters of jurisdiction and discipline, particularly between the episcopate and religious orders. Bishops, as was incumbent upon them, strenuously maintained the rights of the hierarchy, while religious superiors were loath to surrender prerogatives previously exercised. The chief points of controversy related to the exemption of regulars from the jurisdiction of bishops; the right of bishops to divide parishes or missions conducted by regulars, and to place secular priests in charge of these newly-created missions; the obligation of regulars engaged in parish work to attend conferences of the clergy and diocesan synods; the force of their appeal from synodal statutes; their liberty to found new houses, colleges and schools, or to convert existing institutions to other purposes; the right of bishops to visit canonically institutions in charge of regulars; and certain financial matters. Individual bishops sought to cope with the situation until finally a proposition of Cardinal Manning, made in an annual meeting of the English hierarchy in 1877, to submit these difficulties to Rome for definite settlement, met with unanimous approval. In July, 1878, the bishops of Scotland formally associated themselves with their English brethren in the controversy. Negotiations were opened with Propaganda, but Cardinal Manning later suggested to Pope Leo XIII the appointment of a special commission to examine the claims of the contestants and to prepare a constitution. Repeated delays ensued, so that it was not until 20 Sept., 1880, that a special commission of nine cardinals chosen to consider the question had its first sitting. Four other sessions followed, and in Jan., 1881, a report was made to the pope. Finally the constitution "Romanos Pontifices", of Leo XIII was issued 8 May of the same year, defining the relations in England and Scotland between bishops and religious. This constitution has been extended to the United States (25 Sept., 1885), to Canada (14 March, 1911), to South America (1 Jan., 1900), to the Philippine Islands (1 Jan., 1910), and quite generally to missionary countries.
Please read the rest there.
So I still haven't found a joint pastoral letter by the English bishops issued in 1875--but maybe this is what Owen F. Cummings was referencing? If I could consult The English bishops and the first Vatican Council by Frederick J Cwiekowski, S.S., perhaps I'd be sure.
Image Source (Public Domain): Pope Leo XIII
Posted by Stephanie A. Mann at 12:00 AM