St. Thomas a Becket and the Long Delayed Excommunication of Henry VIII 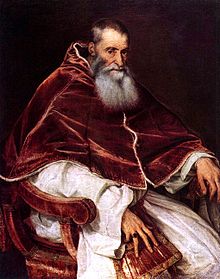 The Catholic Church usually moves rather slowly to censure or punish: if dissenters or heretics persist in their error, the Church investigates, argues, urges conversion, warns, and finally acts. The excommunication of Henry VIII--or rather, its public declaration--is an example, as Dr. Matthew Bunson describes on this EWTN page:


In July 1533, Pope Clement VII threatened English King Henry VIII with ex-communication if he did not resume his marriage to Catherine of Aragon. The date that the pope gave to Henry was September of that year. For the English at the royal court, the decree all but marked the formal excommunication of the king as it was clear that Henry had no intention of abandoning his schemes with Anne Boleyn. The Archbishop of Canterbury, Thomas Cranmer, subsequently annulled the marriage in May 1533. The pope still did not issue the bull as he remained hopeful of an eventual solution to the problem and that Henry might at last come to his senses. This, of course, never happened, and Clement died the next year in September. It is a testament to the patience of the Holy See that Pope Paul III, pontiff since October 1534, waited until 1538 to issue the bull. Significantly, he did not promulgate a new one but merely issued the longstanding one first drafted by Clement in 1533. I believe that some of the confusion may stem from this fact. The excommunication was issued because of Henry’s demolition of the Church in England and his determination to execute anyone who stood in his way.

Speaking personally, I have not read the bull of excommunication, although a copy should exist in the Vatican Archives. The reasons for its lack of publicity at the time stems perhaps in part from the political situation, especially when compared to the circumstances surrounding Regnans in Excelsis. By 1570, the English Reformation had destroyed the ecclesiastical structure in England, and Elizabeth was able to use the bull as a cudgel against her Catholic enemies and as a propaganda device. In 1538, Henry’s political situation was far more precarious, and he long considered the threat of excommunication to be a serious one as it isolated him from the Holy Roman Emperor and from the King of France, both of whom remained in the Catholic camp. The Protestant states were still unsettled, so the scale of potential enemies was considerable. As it turned out, Henry broke definitively from the Church, and the oppressive years for the Catholics in England only grew worse.

When both Katherine of Aragon and Anne Boleyn had died in 1536, Henry was freed of all marital impediments, so his marriage to Jane Seymour and the successful delivery of a baby boy (Henry must have been so relieved when Edward survived the first few months and then a full year!), led to those hopes that he might return to the Catholic fold, give up his spiritual authority in England, and stop his dalliance with Reformed theology and religious practice. After Jane's death, Henry's marital prospects included some Catholic princesses, so there was again some hope. But then the destruction of shrines, the suppression of monasteries and friaries, and Henry's obduracy must have convinced Pope Paul III that the time was right to publish the excommunication.

Henry VIII had already upset the Pope and the Catholic Church by:- 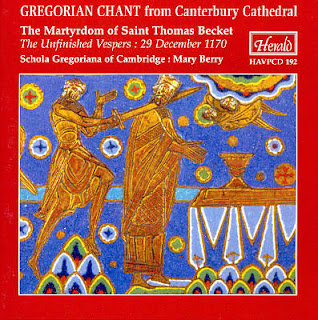 But the final straw was Henry’s attack on religious shrines in England, shrines that contained religious relics and that were visited by many pilgrims. One such shrine was that of St Thomas Becket (Thomas à Becket) in the Trinity Chapel of Catherbury [sic] (Canterbury) Cathedral, which was seen as one of Europe’s holiest shrines and was therefore a popular destination for pilgrims from all over Europe. In a meeting of the King’s Council on the 24th April 1538 a “Process against St Thomas of Canterbury” was decided. . . .

One treasure which was purloined by the King from the shrine was the Regale of France, a great ruby which was donated by King Louis VII, and Henry VIII had this made into a thumb ring for himself.

Such desecration of a place which many pilgrims, and the Catholic Church as a whole, saw as holy could not go unpunished and it was this final act which made Pope Paul III issue the Bull of Excommunication.

Note again, however, that Pope Paul III waited until almost the end of the year (from April to December) to finally issue the decree of excommunication. It was a signal to Henry's European foes, Frances I, King of France and Charles V, the Holy Roman Emperor, as Nancy Bilyeau explains here. England has always been part of an island, of course, but Henry's action against the shrine of St. Thomas a Becket was making it more insular than ever, cutting it off from the community of Europe more surely than the English Channel. St. Thomas a Becket  and his shrine was for all Catholics in the world; Henry thought the shrine was his to dispose of as he wished.
Posted by Stephanie A. Mann at 12:30 AM