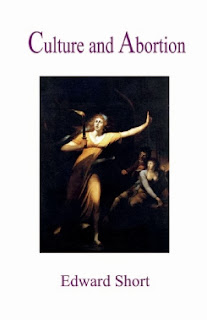 The big band, pop, and Latin singer Eydie Gorme, wife of Steve Lawrence, half of “Steve and Eydie,” died in August 2013. Some of my online friends posted videos of her singing some standards. One comment drew my attention–and response. The gist of the comment was that “we face too many dangers today to waste time enjoying this lady’s singing; you need to be talking to us about the challenges we face. We need to be lamenting and groaning in this valley of tears, not taking such useless pleasure.” My response was something like, “Remember the Catholic AND: we can do both. We can pray and prepare for whatever challenges may come our way AND enjoy Eydie Gorme’s talent and beauty. Finding pleasure in her songs does not diminish our concern for the state of the world—in fact, it’s a sign of the love we have for God’s creation.”

I’d say the same about this volume of essays from Edward Short: he demonstrates how in the midst of this valley of tears, in a culture obviously heading in the wrong direction in so many ways—in fact, toward a culture of death and destruction for humanity—we see all around us signs of the culture of life. He finds them in literature, in great men’s lives, in religious orders, in reform efforts, in Papal documents, and in the most unexpected places—and at the same time Short reminds us of the facts of our situation. In the spirit of the Gorme poster, some might say that we have to dedicate ourselves to political and social action to address these issues; that we don’t have time to read poetry and prose; but Short presents them with the Catholic AND. We do have time and we should make time.

Read the rest here. I'll be writing more reviews for Homiletic & Pastoral Review, as Father Meconi sent me a nice box of books that arrived earlier this week!

By the way, that's Lady Macbeth on the cover, failing to wash the blood from her little white hands.
Posted by Stephanie A. Mann at 12:30 AM