Chesterton and Dickens on the Son Rise Morning Show 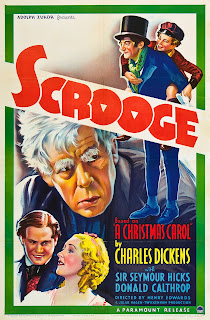 Annie Mitchell and I will discuss my latest blog post at the National Catholic Register this morning a little after 7:45 Eastern Time/6:45 Central Time on the Son Rise Morning Show: listen live here. The post will be on-line later today:

Gilbert Keith and Frances Chesterton celebrated Christmas with poems and plays. Frances Chesterton wrote a poem every year for their Christmas card; one of her poems, “Here is the Little Door” was set to music by Herbert Howells and has been featured in the Nine Lessons and Carols from King’s College Chapel, Cambridge and elsewhere. Frances also wrote plays for the many godchildren and other children who celebrated with them. Nancy Carpentier Brown has collected these works in “How Far Is It to Bethlehem”.

Chesterton wrote many essays and poems for Christmas too. His reflections have been collected in a book of Advent and Christmas meditations, and there is an out of print collection of poems and essays which is indeed rare and expensive (“The Spirit of Christmas”)—and a newer edition of essays (“A Chesterton Christmas: Essays, Excerpts, and Eggnog”). In “The Everlasting Man”, the chapter titled “The God in the Cave” is Chesterton’s extended meditation on the First Christmas, the Nativity, with discussion of the Blessed Virgin Mary, the Angels, the shepherds, and the Wise Men.

Last Friday night, our G.K. Chesterton group celebrated our annual festive meeting of readings from Chesterton on Christmas, Christmas carols and refreshments. It was great fun.

I've already seen part of three or four versions of A Christmas Carol on Turner Classic Movies, including the 1935 version titled Scrooge, with a famous stage interpreter of the role of Ebeneezer Scrooge, Sir Seymour Hicks:

Released in England by Twickenham Studios in 1935, Scrooge was the first feature-length sound adaptation of A Christmas Carol. In retrospect, it has been overshadowed by MGM's 1938 A Christmas Carol. Because of the largely British cast headed by Reginald Owen, viewers often erroneously assume that MGM's version is the original British film adaptation. While the MGM adaptation benefits from glossier production values, Scrooge stars legendary stage actor Seymour Hicks in the title role, which gives it a greater historical importance. . . .

Of all the plays and films he appeared in throughout his illustrious career, Seymour Hicks was best known for playing Ebenezer Scrooge in various interpretations of A Christmas Carol. In later years, the actor liked to claim that he had played Scrooge in over 2,000 performances. He first took on the role in 1901, when he was 30 years old. In 1913, he starred in Scrooge, a silent film produced by the Zenith Company based on J.C. Buckstone's stage adaptation of A Christmas Carol, which was still running at the Coliseum Theatre in London. When he was selected to appear in the first feature-length sound version at age 64, he had finally aged into the role.
Posted by Stephanie A. Mann at 12:00 AM