Just a Reminder: Anniversaries on the Son Rise Morning Show 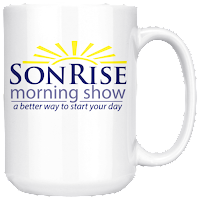 So grab a cup of coffee (Mystic Monk Coffee!!) and listen live here; the podcast will be archived here!
Posted by Stephanie A. Mann at 12:00 AM