Another Sermon, Another Reaction 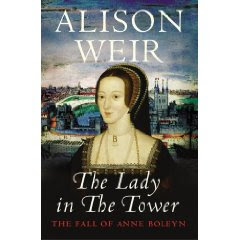 I posted on Father William Peto's Easter Sunday sermon earlier this week, which eventually led to the arrest of the Observant Franciscans and the martyrdom of Blessed John Forest. Today, another sermon, on Passion Sunday, on April 2, 1536, may have played a role in the downfall of Queen Anne Boleyn. From the Anne Boleyn Files:

. . .  Anne Boleyn’s almoner, John Skip, preached a rather controversial sermon in front of the King. Skip’s theme was “Quis ex vobis arguet me de peccato?” or “Which of you can convict me of sin?”.

Skip spoke “defending the clergy from their defamers and from the immoderate zeal of men in holding up to public reprobation the faults of any single clergyman as if it were the fault of all.” He also used the example of the Old Testament story of King Ahasuerus “who was moved by a wicked minister to destroy the Jews” but Queen Esther stepped in with different advice and saved the Jews. In Skip’s sermon, Henry VIII was Ahasuerus, Anne Boleyn was Queen Esther and Thomas Cromwell, who had just introduced the Act of Suppression of the Lesser Monasteries into Parliament, was Haman, the “wicked minister”.

Anne Boleyn, who must have been behind this sermon, believed in reform and tackling abuse and corruption, but felt that reform should only be carried out where necessary and that the money from dissolved monasteries should be spent on poor relief and education, rather than going to the Crown. She did not agree with what was going on and the advice the King was receiving. The sermon was an attack on what had been debated in Parliament and it was a statement on Anne’s stance and her beliefs.

Alison Weir cited this sermon as one pretext for Thomas Cromwell to want to bring about Anne Boleyn's disgrace, arrest, trial, conviction, and execution in her book, The Lady in the Tower: The Fall of Anne Boleyn. She was opposing his designs for the funds that would come from the Dissolution of the Monasteries in its early phases.

More about John Skip or Skipp or Skyp, here. As Bishop of Hereford, he was selected by Henry VIII in 1539, so all must have been forgiven. The next Bishop of Hereford was assigned by Edward VI in 1553, John Harley. He was removed from office in 1554 by Mary I because he was married. Robert Parfew was the replacement approved by Mary I in 1554 and he died in 1557. Mary had nominated Thomas Reynolds in 1558 but Elizabeth I set him aside. He died in Marshalsea Prison, never having been consecrated, sometime in 1560.
Posted by Stephanie A. Mann at 12:30 AM

Email ThisBlogThis!Share to TwitterShare to FacebookShare to Pinterest
Labels: Bishop of Hereford, Henry VIII, Queen Anne Boleyn, sermons, The Dissolution of the Monasteries, the English Reformation