The Martyrs of Otranto and Today 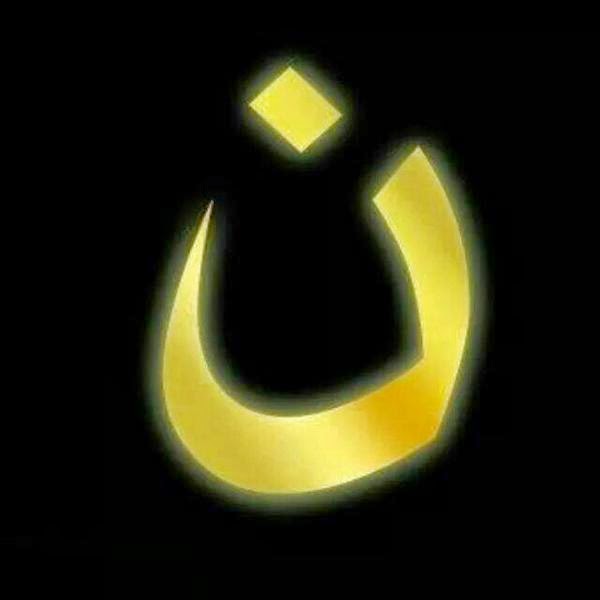 You may have seen this symbol used as a facebook profile picture--it is the Arabic letter Nun standing for Nazarene, used as a negative epithet against Christians in Iraq. It was drawn, in red, on the walls of Christian homes, marking the homes for destruction and the Christians for their choice: convert, die, or leave. At least they were allowed to leave. The Martyrs of Otranto were not given that last option on August 14, 1480, as Dr. Matthew Bunson explains:

On August 14, 1480, a massacre was perpetrated on a hill just outside the city of Otranto, in southern Italy. Eight hundred of the city's male inhabitants were taken to a place called the Hill of Minerva, and, one by one, beheaded in full view of their fellow prisoners. The spot forever after became known as the Hill of the Martyrs.

In medieval warfare, the bloody execution of a city's population was commonplace, but what happened at Otranto was unique. The victims on the Hill of Minerva were put to death not because they were political enemies of a conquering army, nor even because they refused to surrender their city. They died because they refused to convert to Islam. The 800 men of Otranto were martyrs, the first victims of what was fully expected to be the relentless conquest of Italy and then all of Christendom by the armies of the Ottoman Empire. Because of their sacrifice, however, the Ottoman invasion was slowed and Rome was spared the same fate that had befallen Constantinople only 27 years before.

The town of Otranto held out against the Turkish invaders and when they were finally defeated, they faced their choice:

The Pasha Ahmet ordered the men of Otranto, 800 exhausted, beaten, and starved survivors of the battle, to be brought before him. The Pasha informed them that they had one chance to convert to Islam or die. To convince them, he instructed an Italian apostate priest named Giovanni to preach. The former priest called on the men of Otranto to abandon the Christian faith, spurn the Church, and become Muslims. In return, they would be honored by the Pasha and receive many benefits.

One of the men of Otranto, a tailor named Antonio Primaldi (he is also named Antonio Pezzulla in some sources), came forward to speak to the survivors. He called out that he was ready to die for Christ a thousand times. He then added, according to the chronicler Giovanni Laggetto in the Historia della guerra di Otranto del 1480:

My brothers, until today we have fought in defense of our country, to save our lives, and for our lords; now it is time that we fight to save our souls for our Lord, so that having died on the cross for us, it is good that we should die for him, standing firm and constant in the faith, and with this earthly death we shall win eternal life and the glory of martyrs. [author translation]

At this, the men of Otranto cried out with one voice that they too were willing to die a thousand times for Christ. The angry Pasha Ahmed pronounced his sentence: death.

The next morning, August 14, the 800 prisoners were bound together with ropes and led out of the still-smoking battleground of Otranto and up the Hill of Minerva. The victims repeated their pledge to be faithful to Christ, and the Ottomans chose the courageous Antonio Primaldo as the first to be executed.

The old tailor gave one final exhortation to his fellow prisoners and knelt before the executioner. The blade fell and decapitated him, but then, as the chronicler Saverio de Marco claimed in the Compendiosa istoria degli ottocento martini otrantini ("The Brief History of the 800 Martyrs of Otranto"), the headless corpse stood back upright. The body supposedly proved unmovable, so it remained standing for the entire duration of the gruesome executions. Stunned by this apparent miracle, one of the executioners converted on the spot and was immediately killed. The executioners then returned to their horrendous business. The bodies were placed into a mass grave, and the Turks prepared to begin their march up the peninsula toward Rome. Otranto was in ruins, its population gone, its men dead and thrown into a pit, seemingly to be forgotten.

Last year, when Pope Francis canonized the 800 martyrs of Otranto, the mainstream media was in full Pope Benedict vs. Pope Francis mode, and reporters suggested that Pope Francis was risking the possibility of dialogue with the Muslim world and I wrote about it here.

This year, as we celebrate their feast, it's important to note that the Vatican (specifically, The Pontifical Council for Interreligious Dialogue) is calling on Muslim leaders to address recent atrocities for the sake of dialogue with the Christian world:

The Vatican called on Muslim leaders to condemn the "barbarity" and "unspeakable criminal acts" of Islamic State militants in Iraq, saying a failure to do so would jeopardize the future of interreligious dialogue.

"The plight of Christians, Yezidis and other religious and ethnic communities that are numeric minorities in Iraq demands a clear and courageous stance on the part of religious leaders, especially Muslims, those engaged in interfaith dialogue and everyone of goodwill," said a statement from the Pontifical Council for Interreligious Dialogue released by the Vatican Aug. 12.

"All must be unanimous in condemning unequivocally these crimes and must denounce the invocation of religion to justify them," the statement said. "Otherwise, what credibility will religions, their followers and their leaders have? What credibility would remain to the interreligious dialogue patiently pursued in recent years?"

The document noted that the "majority of Muslim religious and political institutions" have opposed the Islamic State's avowed mission of restoring a caliphate, a sovereign Muslim state under Islamic law, to succeed the Ottoman Caliphate abolished after the founding of modern Turkey in 1923.

The Vatican listed some of the "shameful practices" recently committed by the "jihadists" of the Islamic State, which the U.S. government has classified as a terrorist group. Among the practices cited:

-- "The execrable practice of beheading, crucifixion and hanging of corpses in public places."
-- "The choice imposed on Christians and Yezidis between conversion to Islam, payment of tribute or exodus."
-- "The abduction of girls and women belonging to the Yezidi and Christian communities as war booty."
-- "The imposition of the barbaric practice of infibulation," or female genital mutilation.

"No cause can justify such barbarity and certainly not a religion," the document said.

"Religious leaders also are called on to exercise their influence with the rulers for the cessation of these crimes, the punishment of those who commit them and the restoration of the rule of law throughout the country, ensuring the return home of the deported," the Vatican said. "These same leaders should not fail to emphasize that the support, financing and arming of terrorism is morally reprehensible."

You can read the full statement here.
Posted by Stephanie A. Mann at 12:30 AM