Conscience, the Little Sisters of the Poor, and Blessed John Henry Newman 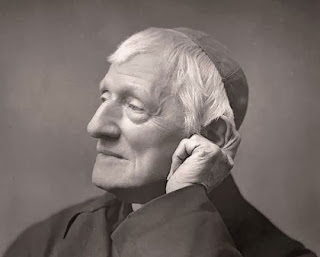 Since conscience is back in the news again with the matter of the Little Sisters of the Poor protesting against the violation of their conscience and their practice of religion by the HHS Contraceptive Mandates--and since I've just had an article on Blessed John Henry Newman's brilliant explanation of conscience in OSV's The Catholic Answer Magazine: I will be on the Son Rise Morning Show tomorrow morning (Thursday, January 16) at 7:45 a.m. Eastern/6:45 a.m. Central, etc). Please listen live here--podcasts should be posted here.

The crucial difference between the false idea of conscience--which Newman identified in the nineteenth century and has endured to the twenty-first-- and the true nature of conscience is the source and standard of the truth an individual conscience uses to discern what is to be done or not done. To quote my article:

Newman set out to demonstrate that individual Catholics were indeed free to follow the guidance of their consciences. He also showed that conscience is “the voice of God in the nature and heart of man” that needs “training and experience . . . for its strength, growth and due formation.” He says conscience as a natural voice of God’s eternal law is an “aboriginal Vicar of Christ.” But then he contrasts this true definition of conscience to its counterfeit: the common view of conscience as something completely free of any duty to anything outside itself.

In a great expressive passage he shows how this view means nothing more than “the right of self-will,” with no reference to truth. In the same way that Newman would speak of the spirit of “liberalism in religion” in his Biglietto speech of 1879, when Pope Leo XIII had made him a cardinal, he notes this view of conscience means the individual has become the judge of religion, setting the standards of critiquing how well a church’s teaching conforms with his own view. For 18 centuries, Newman comments, “the old, true, Catholic meaning of the word” had been the norm — to Catholics of the past, this counterfeit is unrecognizable.

You may read the rest here. I hope you can listen to the broadcast.
Posted by Stephanie A. Mann at 12:30 AM