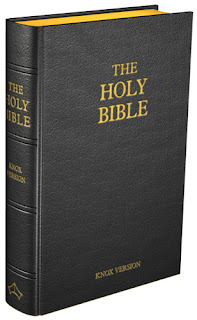 Baronius Press contacted me and asked me to review their new edition of The Holy Bible in the Knox Translation:

The Knox Bible is the ideal translation for those looking to deepen their understanding of the Holy Scriptures. It was hailed as the finest translation of the 20th Century, approved for liturgical use and was endorsed by Pope Pius XII, Archbishop Fulton Sheen and many more.

In the early 20th century, Msgr. Ronald Knox embarked on an entirely new English Bible. He wanted a Bible that did not merely translate the original but made it read as if an Englishman had written it. His translation is spiritual and literary, graceful and lyrical, making it one of the most beautiful vernacular versions of the Holy Bible.

The unique features of the Knox Bible are:

~Translated from the Latin Vulgate and compared with the Greek and Hebrew texts single handedly by Ronald Knox over nine years.
~Uses timeless English, which is both sacral and reverent.
~Set in a single-column format with verse references placed at the side of the text in order to provide a clear and easily readable Bible.
~The full Bible is now available again for the first time in over 50 years, in an edition from Baronius Press, beautifully bound in leather with gilt edges.
~Included with this new edition is a paperback edition of On Englishing the Bible (5.5" x 8", 72 pages) in which Msgr. Knox describes his account of the ordeal, which manages to be both illuminating and full of his wit. Anyone wishing to know more about Knox's translation – and the problems involved in rendering the sacred Scriptures into the vernacular – will be fascinated to hear from the translator himself how he tackled this mammoth project.

So, it's another mammoth project for me to review this Knox version of The Holy Bible--how do I review The Holy Bible? To start, some comments on the quality of the published book produced by Baronius Press. The book as an object is beautiful: from the elegant endpapers to the weight of the paper and its gilt edges, well-bound and pleasing to hold and read. I have had to get used to the single-column format. In the Book of Psalms, I missed the poetic formatting of centered, broken lines.

As to the Knox version and translation, I sampled several favorite passages: The Twenty-Third Psalm, the Suffering Servant verses in Isaiah, the Book of Job, the infancy narrative of St. Luke's Gospel, the Passion narrative in St. John's, and many passages in the Epistles of St. Paul. And I read his book On Englishing the Bible--I liked his comment about the King James Version of The Holy Bible: "The Authorized Version is good English only because English writers, for centuries, have treated it as the standard of good English. Of itself, it is no better English than the Douay . . ." ("Some New Testament Problems", p. 21).

I think Knox achieved what he set as his goal in the Epistles; he comments on the length of St. Paul's sentences and he manages that length well, bringing clarity to some difficult passage of the Epistles. This is beautiful edition of The Holy Bible and one I look forward to using in my devotions for the Year of Faith!
Posted by Stephanie A. Mann at 12:30 AM