As Promised, the Crusades on the Son Rise Morning Show!

Matt Swaim and I will discuss the Crusades on the Son Rise Morning Show after the 7:45 a.m. Eastern/6:45 a.m. Central newsbreak--listen live here.

We were going to include the Crusades as part of our monthly Historical Apologetics Series in February, but President Obama's comments at the National Prayer Breakfast last week moved it up in the schedule:

"Humanity has been grappling with these questions throughout human history. And lest we get on our high horse and think this is unique to some other place, remember that during the Crusades and the Inquisition, people committed terrible deeds in the name of Christ."

Pundits, historians, and others have been discussing those comments since last Thursday. The Crusades have been cited before, by former President William Clinton after the 9-11 attacks as the cause of radical Islamic hatred of the West, and they are often brought up as though the Christian West attacked the Islamic East. The opposite is the truth. The Crusades are not just one event, but most of the Crusades were efforts of the Christian West to free the Holy Land from Muslim domination, to defend Catholic Christians in the Holy Land and to make it safe for pilgrims to visit during Holy Week for example.

Of course, the President is correct that Christians, being sinners, have committed terrible deeds; whether or not they were in the name of Christ may be debatable. The Fourth Crusade, with its despoiling of Constantinople, never even reached the Holy Land--Pope St. John Paul II apologized to the Greek Orthodox and the Patriarch of Constantinople accepted the apology, wanting to heal the wounds caused by the Fourth Crusade. 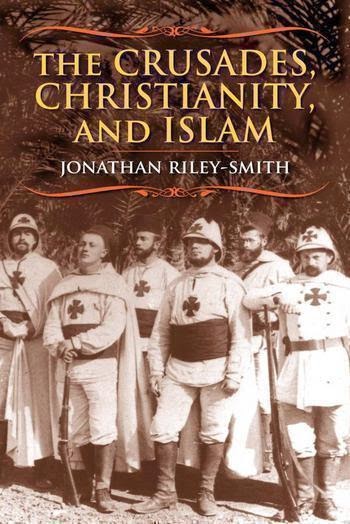 One of the most commonly cited articles this weekend on social media at least was Thomas Madden's 2009 review  in First Things of Jonathan Riley-Smith's The Crusades, Christianity, and Islam published by Columbia University Press. In "Inventing the Crusades" Madden reflected on serious historians' work to correct errors about the Crusades:

It is generally thought that Christians attacked Muslims without provocation to seize their lands and forcibly convert them. The Crusaders were Europe’s lacklands and ne’er-do-wells, who marched against the infidels out of blind zealotry and a desire for booty and land. As such, the Crusades betrayed Christianity itself. They transformed “turn the other cheek” into “kill them all; God will know his own.”

Every word of this is wrong. Historians of the Crusades have long known that it is wrong, but they find it extraordinarily difficult to be heard across a chasm of entrenched preconceptions. For on the other side is, as Riley-Smith puts it “nearly everyone else, from leading churchmen and scholars in other fields to the general public.” There is the great Sir Steven Runciman, whose three-volume History of the Crusades is still a brisk seller for Cambridge University Press a half century after its release. It was Runciman who called the Crusades “a long act of intolerance in the name of God, which is a sin against the Holy Ghost.” The pity of it is that Runciman and the other popular writers simply write better stories than the professional historians.

So we continue to write our scholarly books and articles, learning more and more about the Crusades but scarcely able to be heard. And when we are heard, we are dismissed as daft. I once asked Riley-Smith if he believed popular perceptions of the Crusades would ever be changed by modern scholarship. “I’ve just about given up hope,” he answered. In his new book he notes that in the last thirty years historians have begun to reject “the long-held belief that it [the Crusade movement] was defined solely by its theaters of operation in the Levant and its hostility toward Islam—with the consequence that in their eyes the Muslims move slightly off center stage—and many of them have begun to face up to the ideas and motivation of the Crusaders. The more they do so the more they find themselves contra mundum or, at least, contra mundum Christianum.”

At least we can keep trying! UPDATE: Anna Mitchell tells me this interview will be re-aired sometime in the 6:00 a.m. Eastern/5:00 a.m. Central hour of the SRMS tomorrow. Matt mentioned that I'll be on next Tuesday to talk about Shrove Tuesday and traditions in England before the Reformation. Get your pancakes ready--next Tuesday, February 17 at 7:35 a.m. Eastern; 6:35 a.m. Central after the bottom of the hour newscast.

Next month: The Inquisition. Spanish or Albigensian?
Posted by Stephanie A. Mann at 12:30 AM