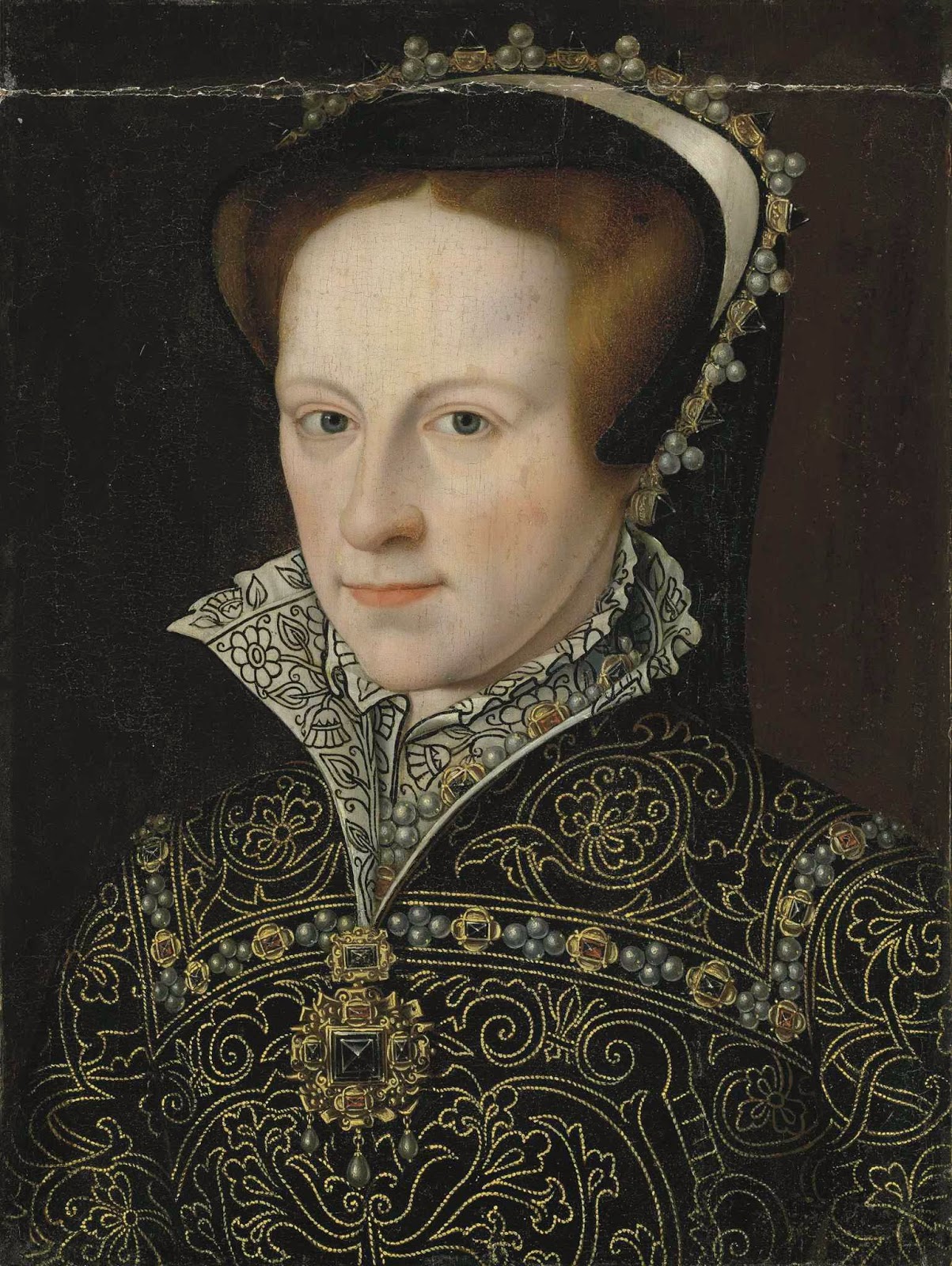 Via Tea at Trianon. Conor Byrne sums up Mary I's reign and religion:

It is important to recognise that the negative depiction of Mary I's religious policies ultimately lies in the success of Protestant propaganda and its impact on the creation of national history. As Weikel explains, this propaganda has obscured the many positive aspects of the queen's religious regime. It is virtually impossible to know with any certainty how popular her restoration of Catholicism was, for we lack the attitudes of ordinary people across the country. Historians have uncovered evidence of a desire to return to the old religion, and celebrations across England at news of Mary's accession speaks volumes about her initial popularity among her subjects. In the end, circumstances beyond the queen's control defeated her efforts at Catholic restoration: 'Mary's regime was fatally undermined, not so much by failings in policy, but by disasters beyond human control' (Brigden). Pole was recalled by a vengeful pope, which demoralised both him and the queen, while a 'devastating mortality crisis' in 1558-9 was significant in that the queen was one of its victims. Mary died in November 1558, aged only 42, with no Catholic heir and having been queen for only five years: the shortest reigning of the five Tudor monarchs. Had she given birth to a Catholic heir, had she reigned for longer, it is quite conceivable that England's return to Roman Catholicism might have been, in the long-term, successful. The Marian regime was not 'backward' or 'stagnant' in its religious reforms and policies. It was energetic, vivacious, resourceful and purposeful in seeking to restore the old religion. As eighteenth-century historian John Lingard explained, Mary's policies failed, not because they were unpopular or 'wrong', but because her reign was too short to fully establish them, while natural disasters beyond her control ultimately undid her efforts. Elizabethan propaganda skilfully 'stamped Catholicism as an alien presence in England, and has consequently prevented 'a just assessment of the aims and achievements of the Marian Church'' (Weikel and Duffy). We, however, do not have to uncritically read such propaganda in our own times. We can afford England's first queen regnant respect and admiration for her concerted attempts to restore Roman Catholicism to a country which, in many respects, cried out for its return upon her accession. 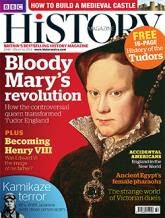 In the Christmas 2014 issue of the BBC History Magazine "Anna Whitelock argues that, despite her bloody reputation, Mary I was a highly impressive queen cut off in her prime." In the February 2015 issue, however, one letter writer rejected Whitelock's thesis most thoroughly--those 300 burned at the stake rightly haunt her legacy. Anna Whitelock wrote one of the recent biographies of Mary I which attempts to bring some balance to our view of her reign, which I wrote about here, in First Things online.
Posted by Stephanie A. Mann at 12:30 AM