A Village and The Man in the Wing Chair 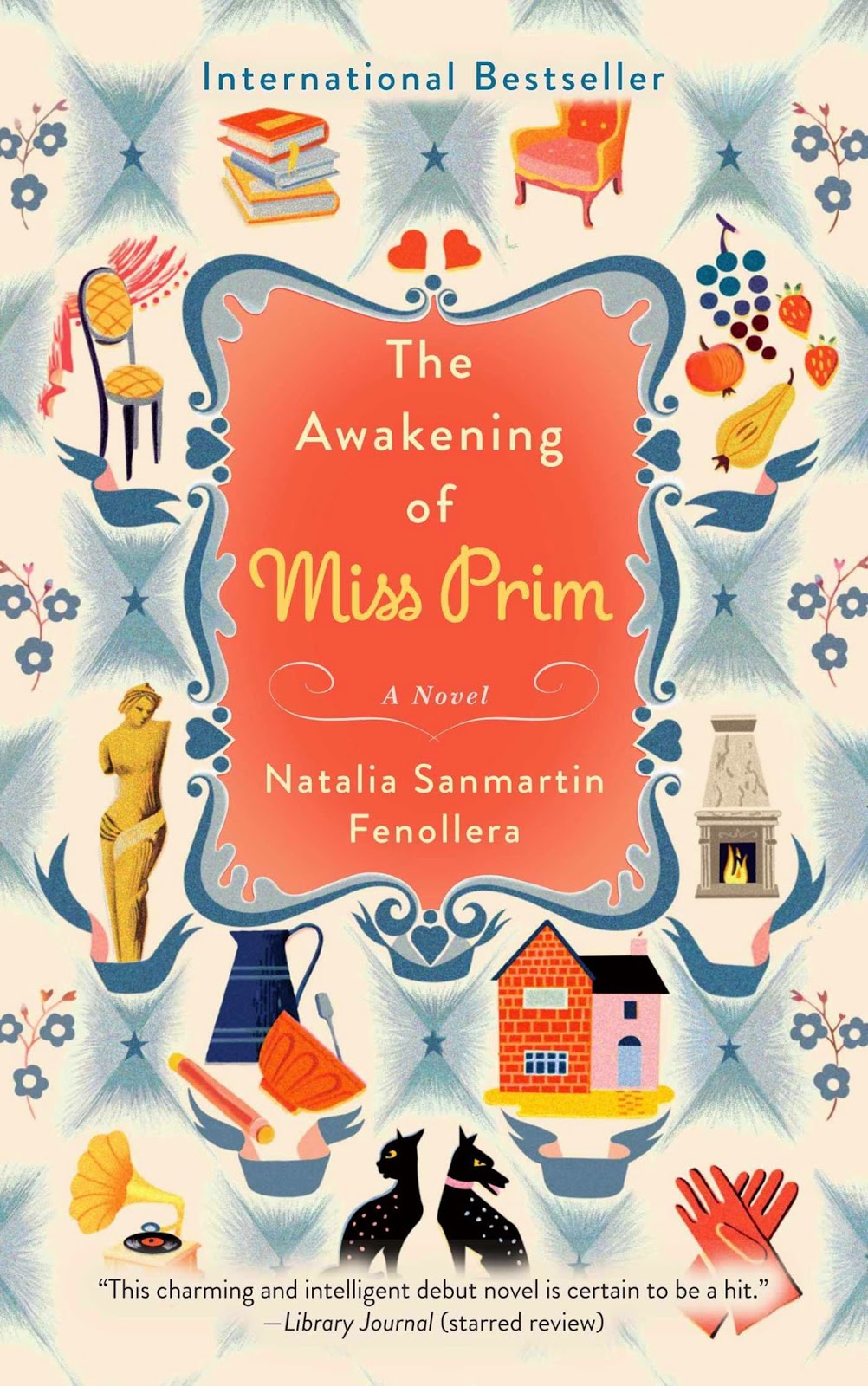 From the U.S. publisher Simon & Schuster:

In this #1 international bestseller, a young woman leaves everything behind to work as a librarian in a remote French village, where she finds her outlook on life and love challenged in every way.

Prudencia Prim is a young woman of intelligence and achievement, with a deep knowledge of literature and several letters after her name. But when she accepts the post of private librarian in the village of San Ireneo de Arnois, she is unprepared for what she encounters there. Her employer, a book-loving intellectual, is dashing yet contrarian, always ready with a critique of her cherished Jane Austen and Louisa May Alcott. The neighbors, too, are capable of charm and eccentricity in equal measure, determined as they are to preserve their singular little community from the modern world outside.

Prudencia hoped for friendship in San Ireneo but she didn't suspect that she might find love—nor that the course of her new life would run quite so rocky or would offer challenge and heartache as well as joy, discovery, and fireside debate. Set against a backdrop of steaming cups of tea, freshly baked cakes, and lovely company, The Awakening of Miss Prim is a distinctive and delightfully entertaining tale of literature, philosophy, and the search for happiness.

It was cold and snowy on the First Sunday of Lent in Wichita, Kansas. We went to Mass at the Cathedral of the Immaculate Conception and then stopped for lunch. Once back in the house we were in for the day and I read The Awakening of Miss Prim by Natalia Sanmartin Fenollera. I read it right through the WSU basketball game, two loads of laundry, and letting the dogs out (and in). At least two friends had recommended the book, one lent us his copy, and my husband had already read it.

Although the novel has many delights for any reader, I think that a reader who accepts the worldview of Benedictine monasticism, Thomist philosophy, and Chestertonian paradoxes will fit right in the village of San Ireneo de Arnois and appreciate the awakening that Miss Prudencia Prim needs. While it seems like a love story, The Awakening of Miss Prim is really a conversion story (which would really be the same thing, right?) All of the people living and working in the village of San Ireneo de Arnois have converted, turned away from the modern world of acquisition and pressure to live in a community where leisure and education for children is the center of their activity. Miss Prim discovers that everyone plans their days and their work around the children and their well-being. Each shop is open only about six hours a day during the week and the proprietors, many of them women, manage their businesses to supply the needs of others the village, which is built next door to the Benedictine monastery.

In this interview, the author describes the inspiration for the village:

Many people ask me about the whereabouts of San Ireneo. The village doesn’t exist, it’s an imaginary place, but it’s inspired by the European tradition. Europe was built on small communities near abbeys like the one in the book, with an economy based on craftsmanship, solid families, ancient traditions and a very ordered life, in which each thing was done in its own time. That was the model I drew inspiration from to write the book. And that’s how San Ireneo was born, a place where people’s lives have a human scale and where tradition and culture are understood as treasures. In a world that’s so fast and so noisy, I think that’s what makes many readers ask me whether such a place exists, and wonder where it is.

Catholicism and tradition are in the background throughout the story, but Fenollera does not catechize the reader. Miss Prim receives the catechesis slowly and organically, but the surprise of the novel is that she has to leave the village to understand what she's learn and how to live with it--and at the end she's ready to return and . . . --the author leaves it to us to imagine what Miss Prim does when she goes back to San Ireneo de Arnois to teach school.

I do think she should have named "the Man in the Wing Chair" but then other authors have played games with a main character's identity--Daphne Du Maurier never tells us the second Mrs. DeWinter's first name in Rebecca, and Rose Macaulay famously teases the reader all through The Towers of Trebizond whether the protagonist/narrator is a woman or a man. Perhaps that's not such a flaw, after all.
Posted by Stephanie A. Mann at 12:30 AM