A Quick Read: Jean Plaidy's "The Murder in the Tower" 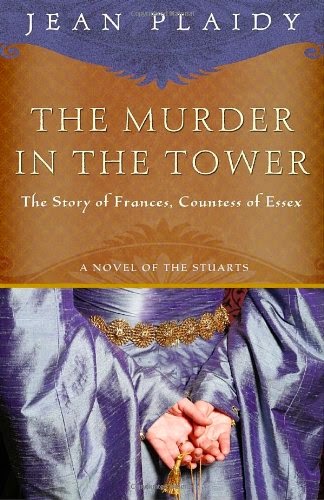 Plaidy (aka Victoria Holt, Philippa Carr, Eleanor Hibbert, etc) tells the story of the Overbury murder in this quick-paced and complex novel. The villainess Frances Howard, later the Countess of Essex and then the Countess of Suffolk, is a selfish and manipulative woman who makes Scarlett O'Hara seem like, well, Melanie Hamilton. Scarlett O'Hara never plotted to poison her first husband or murder one of her second husband's friends/opponents!

Plaidy's Frances is always in search of what will make her happy--at first marriage to the Earl of Essex seems a good idea since it will bring her to Court, but by the time he returns from the Continent, she had already fallen in and out of love with Henry, the Prince of Wales. Tiring of Henry she wants to become first the Earl of Somerset's mistress and then his wife, but she is married so has to get rid of that obstacle. Frances has no depth and no real attraction, at least in this reader's view--living for pleasure she is doomed to fail.

This is no great masterpiece of historical fiction; Plaidy skims along the surface of the confusing parties and issues of Jacobean England. At first she depicts the domestic life of James I of England, his wife Anne, their daughter Elizabeth and sons Henry and Charles. Prince Henry seems to threaten his father because of his popularity, but he dies young and then Elizabeth marries the Palatine and is off to Bohemia. Anne and Charles fade to the background while Plaidy explores the world of James's favorites and the underground world of poisons and witchcraft Frances discovers to make the Earl of Somerset love her and kill her husband. Plaidy does not identify James I as a homosexual or these favorites as lovers. 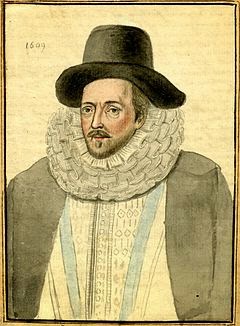 Frances gets off too easy in fiction as she did in life. Though she plotted to murder her first husband and succeeded in murdering Thomas Overbury, James I commutes her death sentence to imprisonment in the Tower and then exile from Court for the sake of his favorite, Robert Carr. Carr's influence with King James, which was supported by Sir Thomas Overbury's skill and intelligence, fades right before his fall as George Villiers's influence rises because of his youth and beauty.

The parties and plotting about the Spanish Match between Charles, the Prince of Wales and the Infanta of Spain are in the background, as are James I's constant fear of assassination and overthrow, and his fascination with witches. One of the minor characters is Henry Howard, the Earl of Northampton, the crypto-Catholic son of Henry Howard, the Earl of Surrey (Henry VIII's last victim). He dies before his role in the murder is fully discovered and just as his great niece Francis needs his help dealing with all the blackmail from those she plotted with to murder Thomas Overbury in the Tower of London.

Entertaining and effective historical fiction. The dialogue reads like real people talking to each other.

I'm no expert in historical attire, but is the gown depicted on the cover--at least the sleeves and the belt make me wonder--historically accurate for the Court of St. James during the rule of James I?

Anne Somerset wrote a nonfiction account of Overbury's murder: Unnatural Murder: Poison at the Court of James I.
Posted by Stephanie A. Mann at 12:30 AM