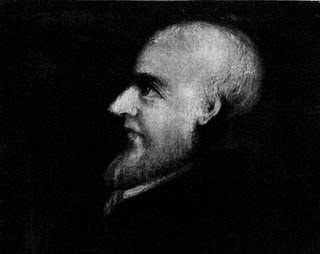 St. John Kemble was found guilty of being a priest in England, though not of conspiring against King Charles II in the non-existent Popish Plot and executed on August 22, 1679 in Herefordshire. Herefordshire is not too far from the border of Wales.

St. John Wall, OFM, was executed on August 22, 1679 in Worcester under the same circumstances. Worcestershire is northwest of London.

St. John Kemble was butchered by another incompetent executioner (see the story of Blessed Hugh Green) in Hereford after serving Catholics in Monmouthshire for more that 50--fifty!--years. The Anglicans in the area respected him and he had dwelt unmolested in his brother's castle (Pembridge). He was betrayed by the husband of one of his parishioners.

He was taken to London, where nothing could be proved against him in connection with the Popish Plot (since Titus Oates had made the whole thing up and had perjured himself before Parliament!). Therefore, he was found guilty of the old Elizabethan statute against the presence of Catholic priests in England. (He was born near the end of Elizabeth's reign in 1599 of a recusant family and ordained in 1625, so he was certainly guilty and had been for a long time).

On August 22, 1679 he suffered, forgiving his enemies and proclaiming that he died for the religion that had made England Christian! Before his death, he asked for time to finish his prayers and smoke his last pipe and imbibe a last cup of wine, shared by the undersheriff (who after all had not arrested him for the last fifty years!) . Evidently, this is still remembered in Herefordshire in the sayings "a Kemble pipe" and "a Kemble cup". He had to encourage the executioner to do his work, because he was ready.

The famous stage family, including Sarah (Kemble) Siddons, are related to this great priest and martyr. He is buried in an Anglican churchyard and area Catholics make a pilgrimage to his grave each August 22nd. His left hand is preserved in the Catholic church in Hereford, St. Francis Xavier.

St. John Wall was born in Lanchasire in 1620. He served the people of Worcestershire for more than twenty years. He was arrested in 1678. When he refused to swear to the religious supremacy of the King, he was imprisoned for five months of dreadful suffering. At the end of this time, on 25th April 1679, he was condemned to death for high treason, since he was a priest who had been ordained abroad and returned to exercise his ministry in contravention to the Elizabethan anti-Catholic laws. He argued in vain that Charles II's amnesty of 1660 should have covered him, as indeed it should. Instead he was sent to London to be interrogated by Oates, Bedloe, Dugdale and Pranse. He was found innocent of the accusation of complicity in the “Papist Plot” but because of his priestly ordination and ministry, his death sentence was nevertheless confirmed and he was sent back to Worcester, where he was hanged on 22nd August 1679.