St. Bernard of Clairvaux and the Cistercians in England 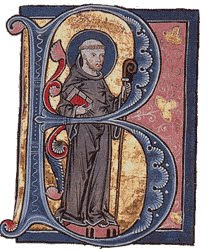 St. Bernard of Clairvaux, pray for us! 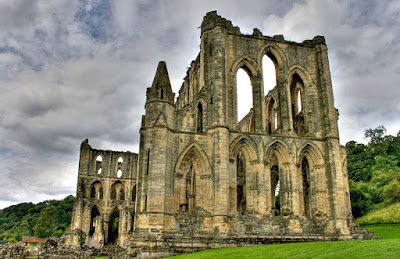 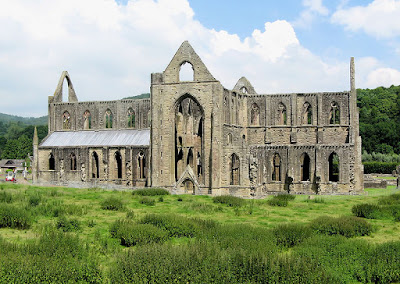 We beseech Thee, almighty God, grant that we who celebrate the heavenly birth of the blessed English Cistercian Martyrs, may be strengthened by their intercession in the love of Thy Name.

According to this blog, these are the Cistercian martyrs of England:

Under King Henry VIII's order, many Cistercian monks were cruelly put to death for Catholic faith, the (sic) [though] some may argue about pretexts.

In the months of March and May 1537, died for the Catholic faith
--Dom John Harrison, Abbot of Kirkstead, with Dom Richard Wade, Dom William Small and Dom Henry Jenkinson;
--Dom John Paslew, Abbot of Whalley, with Dom William Haydock and Dom Richard Eastgate.
--The Abbot of Fountains and a monk of Louth Park.
In 1538, these Cistercians were martyred:
--Dom Robert Hobbes, Abbot of Woburn, with Dom Rudolph Barnes and Dom Laurence Blunham.

The Church also acknowledges as authentic confessors of the faith:

The Catholic Encyclopedia provides some detail about the history of St. Bernard's order in England:

St. Stephen Harding, third Abbot of Cîteaux (1109-33), was an Englishman and his influence in the early organization of the Cistercian Order had been very great. It was natural therefore that, when, after the coming of St. Bernard and his companions in 1113, foundations began to multiply, the project of sending a colony of monks to England should find favourable consideration. In Nov., 1128, with the aid of William Giffard, Bishop of Winchester, a settlement was made at Waverly near Farnham in Surrey. Five houses were founded from here before 1152 and some of them had themselves produced offshoots. But it was in the north that the order assumed its most active developments in the twelfth century. William, an English monk of great virtue, was sent from Clairvaux by St. Bernard in 1131, and a small property was given to the newcomers by Walter Espec "in a place of horror and dreary solitude" at Rivaulx in Yorkshire, with the hearty support of Thurston, Archbishop of York. By 1143 three hundred monks had entered there, including the famous St. Ælred, known for his eloquence as the St. Bernard of England. Among the offshoots of Rivaulx were Melrose and Revesby. Still more famous was Fountains near Ripon. The foundation was made in 1132 by a section of the monks from the great Benedictine house of St. Mary's, York, who desired to lead a more austere life. After many struggles and great hardships, St. Bernard agreed to send them a monk from Clairvaux to instruct them, and in the end they prospered exceedingly. The great beauty of the ruins excites wonder even today, and before 1152 Fountains had many offshoots, of which Newminster and Meaux are the most famous. Another great reinforcement to the order was the accession of the houses of the Savigny foundation, which were incorporated with the Cistercians, at the instance of Eugenius III, in 1138. Thirteen English abbeys, of which the most famous were Furness and Jervaulx, thus adopted the Cistercian rule. By the year 1152 there were fifty-four Cistercian monasteries in England, some few of which, like the beautiful Abbey of Tintern on the Wye, had been founded directly from the Continent. Architecturally speaking the Cistercian monasteries and churches, owing to their pure style, may be counted among the most beautiful relics of the Middle Ages. To the wool and cloth trade, which was especially fostered by the Cistercians, England was largely indebted for the beginnings of her commercial prosperity.
Posted by Stephanie A. Mann at 2:25 AM