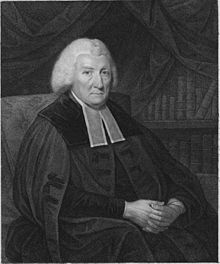 Hugh Blair, minister and rhetorician, was born on April 7, 1718. After his sermons, he is best known for his Lectures on Rhetoric and Belles-Lettres, in which he argued against sophistry (defending a position you don't believe in yourself) and analysed works of literature from the ancient Greeks and Romans to eighteenth century French and English plays.

The University Bookman posts an appreciation:

One of the most successful of all nineteenth-century textbooks was Hugh Blair’s weighty Rhetoric. Between 1783 (the date of their first publication) and 1911 (the last full edition before that here under review) at least one hundred and thirty issues of this memorable course of lectures saw the light. Where English was spoken, Blair and rhetoric became almost synonymous; and in many another tongue translation brought similarly high repute. Now, thanks to the University of Southern Illinois’ “Landmarks in Rhetoric and Public Address” series, it is once again possible for the teacher and apprentice in this most civil and public of disciplines to inquire why his predecessors thought so well of the Edinburgh cleric-professor’s handiwork and to re-examine with Blair’s “original” in facsimile before them, the grounds and normative (i.e., historical) implications of their (ordinarily) very different preferences. . . .

Blair’s Rhetoric was by his own admission not a revolutionary, experimental, or speculative book, not a scholar’s treatise designed to rival George Campbell’s The Philosophy of Rhetoric or Whately’s Elements of Criticism; instead (and most simply) it was intended as a useful tool—an adaptation of classical rhetoric and rhetorical criticism to suit the purposes of post-Augustan gentlemen, an affirmation of certain constants in the conduct and relations of civilized men and (by implication) of the “ethics” that belong to both: in the terms of two of its present-day admirers, a “rhetoric of belles lettres” for “all comparing in and judging of language.”

Blair knew very well what ends he would serve. For he was among the leading citizens of the old Scots capital in some of its greatest days, a friend of Lord Kames, Hume, and Robertson, a familiar of Boswell, Dr. Johnson, and Adam Smith; and for forty years he gave himself to the local university, to the perpetuation of his kind. As the first Regius Professor of Rhetoric and Belles Lettres at the University of Edinburgh—and even before—the rector of the High Kirk of St. Giles practiced upon Scotland’s future leaders and spokesmen what his own education, pulpit experience, and conversations with men of parts and learning convinced him was the art of rhetoric—of both the spoken and written word when considered as purposive, “designed.”

This new edition of Hugh Blair’s Lectures on Rhetoric and Belles Lettres, edited by Linda Ferreira-Buckley and S. Michael Halloran, answers the need for a complete, reliable text. The book seeks to generate a renewed interest in Blair by provoking new inquiries into the tradition of belletristic rhetoric and by serving as both aid and incentive to others who may join in the project of improving understanding of this landmark rhetorical scholarship.

This edition contains forty-seven lectures and remains faithful to the text of the 1785 London edition. The editors contextualize Hugh Blair’s motivations and thinking by providing in their introduction an extended account of Blair’s life and era. The bibliography of works by and about Blair is an invaluable aid, surpassing previous research on Blair.

Although the extent of its influence cannot be measured fully, Blair’s Lectures on Rhetoric and Belles Lettres was undoubtedly a primary vehicle for introducing many eighteenth- and nineteenth-century scholars to classical rhetoric and French belletristic rhetoric—its success due in part to the ease with which the lectures combine neoclassical and Enlightenment thought, accommodating emerging social concerns. Ferreira-Buckley and Halloran’s extensive treatment revives the tradition of belletristic rhetoric, improving the understanding of Blair’s place in the study of eighteenth- and nineteenth-century discourse, while finding him relevant in the twenty-first century.
Posted by Stephanie A. Mann at 12:30 AM