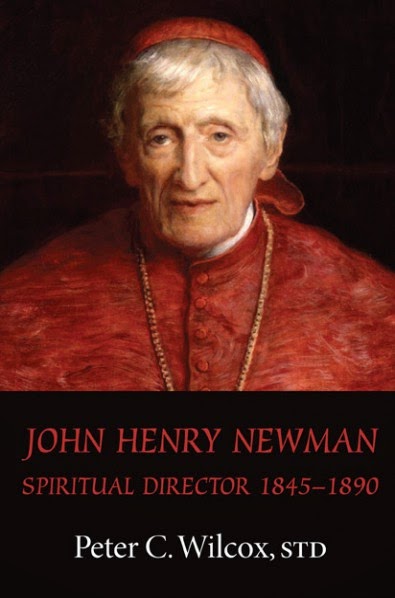 Like Father Stanley Jaki's study of Newman's correspondence with prospective converts (Newman to Converts: An Existential Ecclesiology) Peter C. Wilcox's book on Newman as a Spiritual Director during his life as a Catholic mines Newman's vast correspondence (20,000 surviving letters in 32 volumes--ten from his Anglican period and 22 from his Catholic period from 1845 to 1890!).

Newman is often cited for his sensitivity to slights, but he was just as sensitive to others' feelings, especially if he might have hurt them. He tailors his spiritual direction as much as possible to what he knows about the correspondent, whether they are close friends or acquaintances, and reflects often on his own experience of the spiritual life.

Wilcox divides his book up into themes after general biographical notes:

There is some repetition within the chapters, especially as Wilcox reviews Newman's troubles as a Catholic (the failure of the Catholic University in Ireland, the Achilli trial, the Rambler episode, the divisions between the Birmingham and London Oratories, the translation of the Holy Bible, and the Oxford Oratory), in different contexts. This just demonstrates that Newman applied the same spiritual direction to himself when he wrote to others about their difficulties and failures. This is another great Newman study based on the correspondence that highlights some essential traits of Newman's: his care for souls, his desire for love and friendship (reciprocated) and his constant desire to know and do the will of God, which he also enjoined on his correspondents.
Posted by Stephanie A. Mann at 12:30 AM