Francis Phillips writes in The Catholic Herald on-line magazine about a collection of Muriel Spark's essays and how Blessed John Henry Newman influenced her conversion to Catholicism:

Muriel Spark’s recently published essays, collected in a volume entitled The Golden Fleece, is a book that will delight fans of her fiction. Reading it one is aware of Spark’s wit, her intelligence, perceptive eye for detail and her retentive ear for other writers’ prose style. She was a convert and in the section, “Religion, politics and philosophy”, I learnt of her love for Newman’s writings. In an essay, “The Sermons of Newman” (written in 1964), she confesses that for twelve years “when I have felt my mind becoming congested from hearing too many voices, including my own” she had turned to his sermons at Oxford. She finds every Life of the cardinal “irresistible” and discovers something new every time she reads his essays, lectures, sermons and letters.

In the chapter “Autobiography and Travel” she writes that it was her reading “of a great writer, Cardinal John Henry Newman, that first attracted me to the Catholic Church” and that “it seemed the most practical and rational of all religions.” She added the interesting remark that she believed “as Cardinal Newman claimed, that it was impossible to write a novel that does not contain evil if one is writing about human beings and their destiny.” Is it this that gives Catholic novelists their edge, their extra dimension? 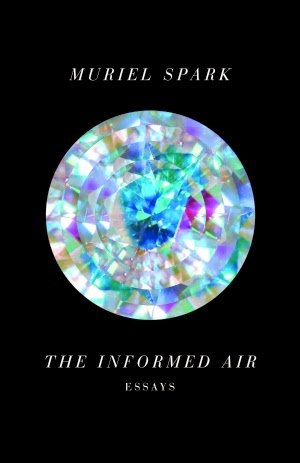 It's interesting to note that a similar volume of essays is available in hardcover from a different publisher. Michael Dirda reviewed it for The Washington Post and he also mentions how Newman influence Spark:

Spark tells us that reading John Henry Newman finally led her into the Catholic Church, “an important step for me, because from that time I began to see life as a whole rather than as a series of disconnected happenings.” She points out that Cardinal Newman’s “reasoning is so pure that it is revolutionary in form. He does not go forward from point to point; he leads the mind inward, probing the secret places of the subject in hand.” Elsewhere, she convincingly argues that Marcel Proust’s “In Search of Lost Time” — her favorite novel — exhibits “something of a tremendous value to the Christian imagination, a sacramental view of life which is nothing more than a balanced regard for matter and spirit.”

Phillips goes on to discuss the conversion of Edith Sitwell (Evelyn Waugh was her godfather) and compares and contrasts the two authors. Read the rest here.
Posted by Stephanie A. Mann at 1:00 AM