Chesterton on "A Christmas Carol": Modern and Medieval Spirits 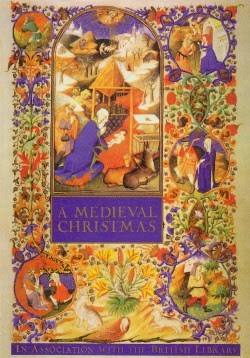 From his 1922 introduction, Chesterton compares and contrasts two of Dickens' great misers, Scrooge in A Christmas Carol and Gradgrind in Hard Times:

In this one work of Dickens, therefore, the historical and moral importance is really even greater than the literary importance. In this respect it bears some resemblance to another of his works, which might seem superficially its very contrary. "A Christmas Carol" is perhaps the most genial and fanciful of all his stories. "Hard Times " is perhaps the most grim and realistic. But in both cases the moral beauty is perhaps greater than the artistic beauty; and both stand higher in any study of the man than of the writer. And although one represents the first skirmish in defence of the old traditions, and the second the final pitched battle against the new theories, in both cases the author is fighting for the same cause. He is fighting an old miser named Scrooge, and a new miser named Gradgrind; but it is not only true that the new miser has the old avarice, it is also true that the old miser has the new arguments. Scrooge is a utilitarian and an individualist; that is, he is a miser in theory as well as in practise. He utters all the sophistries by which the age of machinery has tried to turn the virtue of charity into a vice. Indeed this is something of an understatement. Scrooge is not only as modern as Gradgrind but more modern than Gradgrind. He belongs not only to the hard times of the middle of the nineteenth century, but to the harder times of the beginning of the twentieth century; the yet harder times in which we live. Many amiable sociologists will say, as he said, "Let them die and decrease the surplus population." The improved proposal is that they should die before they are born.

It would be hard to find a better example of this than Dickens's great defence of Christmas. In fighting for Christmas he was fighting for the old European festival. Pagan and Christian, for that trinity of eating, drinking and praying which to moderns appears irreverent, for the holy day which is really a holiday. He had himself the most babyish ideas about the past. He supposed the Middle Ages to have consisted of tournaments and torture-chambers, he supposed himself to be a brisk man of the manufacturing age, almost a Utilitarian. But for all that he defended the mediæval feast which was going out against the Utilitarianism which was coming in. He could only see all that was bad in mediævalism. But he fought for all that was good in it. And he was all the more really in sympathy with the old strength and simplicity because he only knew that it was good and did not know that it was old. He cared as little for mediævalism as the mediævals did. He cared as much as they did for lustiness and virile laughter and sad tales of good lovers and pleasant tales of good livers. He would have been very much bored by Ruskin and Walter Pater if they had explained to him the strange sunset tints of Lippi and Botticelli. He had no pleasure in looking on the dying Middle Ages. But he looked on the living Middle Ages, on a piece of the old uproarious superstition still unbroken; and he hailed it like a new religion. The Dickens character ate pudding to an extent at which the modern mediævalists turned pale. They would do every kind of honour to an old observance, except observing it. They would pay to a Church feast every sort of compliment except feasting.

As Chesterton further notes in another work on Dickens, his Appreciations and Criticisms, it is rather a mystery that Dickens did so much to revive in some ways the old traditions of celebrating Christmas:

How did it happen that this bustling, nineteenth-century man, full of the almost cock-sure common-sense of the utilitarian and liberal epoch, came to associate his name chiefly in literary history with the perpetuation of a half pagan and half Catholic festival which he would certainly have called an antiquity and might easily have called a superstition? Christmas has indeed been celebrated before in English literature; but it had, in the most noticeable cases, been celebrated in connection with that kind of feudalism with which Dickens would have severed his connection with an ignorant and even excessive scorn. Sir Roger de Coverley kept Christmas; but it was a feudal Christmas. Sir Walter Scott sang in praise of Christmas; but it was a feudal Christmas. And Dickens was not only indifferent to the dignity of the old country gentleman or to the genial archæology of Scott; he was even harshly and insolently hostile to it. If Dickens had lived in the neighbourhood of Sir Roger de Coverley he would undoubtedly, like Tom Touchy, have been always "having the law of him." If Dickens had stumbled in among the old armour and quaint folios of Scott's study he would certainly have read his brother novelist a lesson in no measured terms about the futility of thus fumbling in the dust-bins of old oppression and error. So far from Dickens being one of those who like a thing because it is old, he was one of those cruder kind of reformers, in theory at least, who actually dislike a thing because it is old.
Posted by Stephanie A. Mann at 12:30 AM