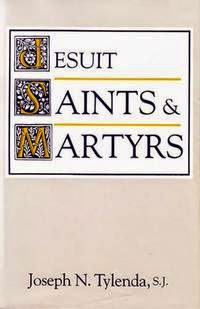 Executed at Tyburn on December 12, 1642 after a contentious trial, during the reign of Charles I, he spoke to a large crowd and sympathetic audience:

Fr Holland was dragged to Tyburn at mid-morning of the 12th and seeing a crowd had gathered in silence, he spoke: “I have been brought here to die a traitor, a priest and a Jesuit; but in truth none of these things has been proved.” Then mounting the cart, he placed the noose about his neck and told the people that he was truly a priest and a Jesuit and that he pardoned the judge and jury that had condemned him.. He recited his acts of faith, hope, charity and contrition and then prayed for King Charles I and the nation “for whose prosperity and conversion to the Catholic faith, if I had as many lives as there are hairs on my head, drops of water in the ocean, or stars in the firmament, I would most willingly sacrifice them all.” These words brought cheers from the crowd. He then forgave his executioner for what he is about to do and gave him the few coins he still had in his pocket.

With eyes closed in prayer, Fr Holland looked at a priest [clearly, he had then opened his eyes!] in the crowd and received absolution. After he was hanged, his body was beheaded and quartered and exposed on London Bridge. Fr Holland was only forty-two years of age and a Jesuit for eighteen years. Pope Pius XI beatified him on December 15, 1929.

Father Tylenda profiled him in Jesuit Saints and Martyrs. According to his entry on today's martyr, the French Ambassador to England offered to intercede for Father Holland to Charles I--and Queen Henrietta Maria would have supported his cause--but Holland refused.
Posted by Stephanie A. Mann at 1:00 AM