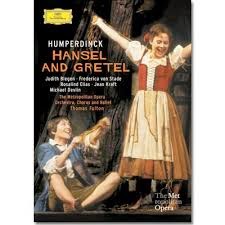 Here's one interesting juxtaposition: Edmund Berry Godfrey was born on December 23 in 1621--his mysterious death was part of the Anti-Catholic craze of the Popish Plot, which of course lead to many Jesuits' martyrdom and also encouraged the exclusion of James, the Duke of York and Charles II's heir from the succession. Since Godfrey had received evidence of the supposed plot by the Jesuits against Charles II, then went missing, and then was found dead, it was assumed to be murder and part of the Plot.

Then on December 23 in 1688, that same James (James II and VII) escaped from his Dutch guards in Rochester, Kent and fled for France. The leaders of the Glorious Revolution in Parliament took that flight as abdication and soon William and Mary would succeed to the thrones of England, Scotland, Ireland and Wales.

More seasonally, Clement C. Moore's "A Visit from St. Nicholas" (or "The Night Before Christmas") was anonymously published on December 23 in 1823 in the Sentinel of Troy, New York:

'Twas the night before Christmas, when all thro' the house
Not a creature was stirring, not even a mouse;
The stockings were hung by the chimney with care,
In hopes that St. Nicholas soon would be there;
The children were nestled all snug in their beds,
While visions of sugar plums danc'd in their heads . . .

According to the Poetry Foundation, Moore wrote the poem for his family and was quite a learned man, but we remember him for this one poem:

Clement Clarke Moore was born in New York City, the son of the Reverend Benjamin Moore and Charity Clarke Moore. An only child, Clement was capably tutored at home by his father until he entered Columbia College; according to his biographer. Samuel White Patterson, he graduated in 1798 "at the head of his class, as his father had, thirty years earlier." In 1801 he earned his M.A. degree from Columbia: he was awarded an LL.D. in 1829. A very religious man, he gave a large portion of the land that he had inherited, part of his Chelsea estate and now called Chelsea Square, to the General Theological Seminary, where he was a professor of oriental and Greek literature from 1823 until he retired in 1850. At his retirement he purchased a house in Newport, Rhode Island, where he died on 10 July 1863.

During his lifetime Moore wrote on a variety of subjects. He produced a two-volume A Compendious Lexicon of the Hebrew Language (1809), a translation from the French of A Complete Treatise on Merinos and Other Sheep (1811), and the historical biography George Castriot, Surnamed Scanderbeg, King of Albania (1850). Throughout his life he also wrote poetry, which was published in the Portfolio and similar periodicals. The New-York Book of Poetry (1837), an anthology of works by New York poets, contained some written by Moore, including "A Visit from St. Nicholas," although "Anonymous" was still listed as the author. Not until 1844, when Moore's collection Poems was published, was "A Visit from St. Nicholas" acknowledged in print as having been written by Clement C. Moore, LL.D.

And you can see an excerpt from the 1982 Metropolitan Opera live Christmas Day broadcast here:

And tonight, the last O Antiphon:

O Emmanuel, our King and our Law-giver, Longing of the Gentiles, yea, and salvation thereof,
come to save us, O Lord our God!