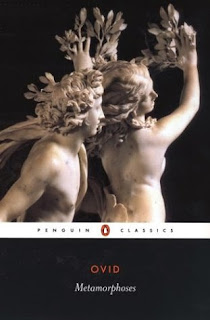 Peggy Noonan, in The Wall Street Journal, has some questions and comments for students who are upset by certain aspects of the Western literary canon (Ovid's Metamorphoses in this case) and want works like the Metamorphoses silenced:

Well, here are some questions and a few thoughts for all those who have been declaring at all the universities, and on social media, that their feelings have been hurt in the world and that the world had just better straighten up.

Why are you so fixated on the idea of personal safety, by which you apparently mean not having uncomfortable or unhappy thoughts and feelings? Is there any chance this preoccupation is unworthy of you? Please say yes.

Life gives you potentials for freedom, creativity, achievement, love, all sorts of beautiful things, but none of us are “safe.” And you are especially not safe in an atmosphere of true freedom. People will say and do things that are wrong, stupid, unkind, meant to injure. They’ll bring up subjects you find upsetting. It’s uncomfortable. But isn’t that the price we pay for freedom of speech?

You can ask for courtesy, sensitivity and dignity. You can show others those things, too, as a way of encouraging them. But if you constantly feel anxious and frightened by what you encounter in life, are we sure that means the world must reorder itself? Might it mean you need a lot of therapy?

Masterpieces, by their nature, pierce. They jar and unsettle. If something in a literary masterpiece upsets you, should the masterpiece really be banished? What will you be left with when all of them are gone?

What in your upbringing told you that safety is the highest of values? What told you it is a realistic expectation? Who taught you that you are entitled to it every day? Was your life full of . . . unchecked privilege? Discuss.

Do you think Shakespeare, Frieda Kahlo, Virginia Woolf, Langston Hughes and Steve Jobs woke up every morning thinking, “My focus today is on looking for slights and telling people they’re scaring me”? Or were their energies and commitments perhaps focused on other areas?

Read the rest of her column there. If those students offended by Ovid travel to Rome, they had better avoid the Borghese Palace and Bernini's great sculptures of "The Rape of Persephone" and "Apollo and Daphne", both depicting episodes from the Metamorphoses and the latter featured on the cover of the Penguin edition of Ovid's masterpiece. This wikipedia article demonstrates how influential Ovid has been in Western art and literature--removing him from the canon would leave a huge gap in our knowledge of Greek and Roman mythology.
Posted by Stephanie A. Mann at 12:30 AM