A Pause for Lewis and Eighth Day Books 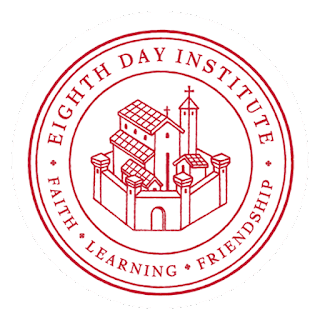 As I continue to observe my personal Octave of celebrating Newman's canonization, I make brief pause to consider one of the leaders of another Oxford Movement, C.S. Lewis. This evening, the Eighth Day Institute, as one of the events of its Fifth Annual Inklings Festival presents Jessica Hooten Wilson, Associate Professor at John Brown University, lecturing on "'Maddened Beauty': Imagination as Knowing in C. S. Lewis."

All over C. S. Lewis’s work (fictional and nonfiction), Lewis speaks of imagination as a way of knowing. We’ll consider The Abolition of Man, Experiment in Criticism, The Discarded Image, Reflections on the Psalms, and even Lewis’ biography Surprised by Joy to understand what this means for us. How might poetry and Norse mythology offer knowledge that arguments will never grasp? What’s the difference between irrational, rational, and transrational? Lewis compels us to cultivate our imaginations not as a path of escape but as a deeper road to understanding reality and as a higher road towards the knowledge, ultimately, of God.

Of course, there's a Newman connection here, for he also "speaks of imagination as a way of knowing". For example, this famous quotation from the Tamworth Reading Room, his argument against Sir Robert Peel's library without any books of "controversial divinity":

The heart is commonly reached, not through the reason, but through the imagination, by means of direct impressions, by the testimony of facts and events, by history, by description. Persons influence us, voices melt us, looks subdue us, deeds inflame us. Many a man will live and die upon a dogma: no man will be a martyr for a conclusion. A conclusion is but an opinion; it is not a thing which is, but which we are "certain about;" and it has often been observed, that we never say we are certain without implying that we doubt. To say that a thing must be, is to admit that it may not be. No one, I say, will die for his own calculations; he dies for realities. This is why a literary religion is so little to be depended upon; it looks well in fair weather, but its doctrines are opinions, and, when called to suffer for them, it slips them between its folios, or burns them at its hearth. 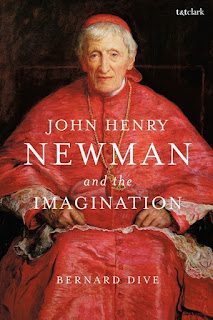 Newman specialists like Gerard Magill, Bernard Dive, and Ian Ker have authored studies of Newman and the religious imagination through the years (Magill focused on religious morality). This article from America Magazine summarizes various aspects of Newman's view of imagination as a way of knowing. As Father Robert P. Imbelli writes, Newman wants us to know Jesus Christ above all:

At the heart of Newman’s religious faith and theological vision stands the person of Jesus Christ. Here human yearning finds its consummation, and “all the providences of God” cohere around this vivifying center. Thus Incarnation is the central idea or principle that grounds and sustains Christian life and imagination. Moreover, Cardinal Newman views Incarnation not merely as remedy for sin, but as fulfillment of God’s creative and sanctifying purpose. In this he consciously resembles his great Oxford predecessor Duns Scotus.

But in Newman’s thought, the idea of Incarnation is no impersonal notion. It has all the concrete particularity of its historical embodiment in Jesus Christ. In Jesus men and women encounter the Word of God in person and are called to genuine newness of life.