Preview: Newman and Literature, Part One 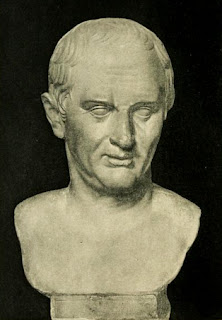 On Monday, August 19, Anna Mitchell and I will begin a two part discussion of Blessed John Henry Newman and Literature in our Santo Subito! Series on the Son Rise Morning Show (at the usual time: 6:50 a.m. Central/7:50 a.m. Eastern). We'll start with discussing Newman's writing style and then next Monday we'll talk about the incredible range of his literary production!

I have been reading Newman's works since I was a sophomore in college and I was an English major, used to reading Victorian novels, etc--and I'd taken four years of Latin in high school. I've gotten accustomed to Newman's style, which is definitely Ciceronian. Having read some of Cicero's Orations in Latin class I was already influenced by this style, but it can take some getting used to.

Ciceronian sentences are also called periodic sentences: you have to read all the way to the period ending the sentence to understand what the author is saying. Taking one ready to hand example, so often quoted from Newman's The Idea of a University:

Quarry the granite rock with razors, or moor the vessel with a thread of silk; then may you hope with such keen and delicate instruments as human knowledge and human reason to contend against those giants, the passion and the pride of man.

Basil and Julian were fellow-students at the schools of Athens; and one became the Saint and Doctor of the Church, the other her scoffing and relentless foe.

Newman's classic style presents examples in sets of three, as in this sentence describing the different aspects of priest, prophet, and king:

Conscience is the aboriginal Vicar of Christ, a prophet in its informations, a monarch in its peremptoriness, a priest in its blessings and anathemas, and even though the eternal priesthood throughout the Church could cease to be, in it the sacerdotal principle would remain and would have a sway. 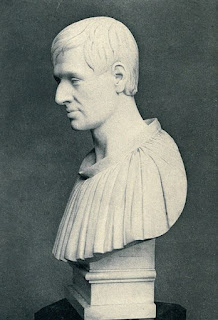 Newman's Ciceronian style shows the power of invention, building up examples that demonstrate his point so aptly that the reader shares his conclusion:

To consider the world in its length and breadth, its various history, the many races of man, their starts, their fortunes, their mutual alienation, their conflicts, and then their ways, habits, governments, forms of worship; their enterprises, their aimless courses, their random achievements and acquirements, the impotent conclusion of long-standing facts, the tokens so faint and broken of a superintending design, the blind evolution of what turn out to be great powers or truths, the progress of things, as if from unreasoning elements, not towards final causes, the greatness and littleness of man, his far-reaching aims, his short duration, the curtain hung over his futurity, the disappointments of life, the defeat of good, the success of evil, physical pain, mental anguish, the prevalence and intensity of sin, the pervading idolatries, the corruptions, the dreary hopeless irreligion, that condition of the whole race, so fearfully yet exactly described in the Apostle’s words, ‘having no hope and without God in the world’,—all this is a vision to dizzy and appall; and inflicts upon the mind the sense of a profound mystery, which is absolutely beyond human solution.


What shall be said to this heart-piercing, reason-bewildering fact?

I can only answer that either there is no Creator, or this living society of men is in a true sense discarded from His presence.

We know that Newman admired Cicero; he contributed an article to an encyclopedia on his life and works. He praised the orator and politician at the same time that he noted his failures:

It may be doubted, indeed, whether any individual ever rose to power by more virtuous and truly honourable conduct; the integrity of his public life was only equalled by the correctness of his private morals; and it may at first sight excite our wonder that a course so splendidly begun should afterwards so little fulfil its early promise. Yet it was a failure from the period of his Consulate to his Pro-prætorship in Cilicia, and each year is found to diminish his influence in public affairs, till it expires altogether with the death of Pompey. This surprise, however, arises in no small degree from measuring Cicero's political importance by his present reputation, and confounding the authority he deservedly possesses as an author with the opinions entertained of him by his contemporaries as a statesman. From the consequence usually attached to passing events, a politician's celebrity is often at its zenith in his own generation; while the author, who is in the highest repute with posterity, may perhaps have been little valued or courted in his own day. Virtue indeed so conspicuous as that of Cicero, studies so dignified, and oratorical powers so commanding, will always invest their possessor with a large portion of reputation and authority; and this is nowhere more apparent than in the enthusiastic welcome with which he was greeted on his return from exile. But unless other qualities be added, more peculiarly necessary for a statesman, they will hardly of themselves carry that political weight which some writers have attached to Cicero's public life, and which his own self-love led him to appropriate.

What he admired most about Cicero was his philosophical development of the Latin language to explore ideas more deeply and persuasively, which is what he would do in English.

More about Newman and Literature, focused on his writing style, on Monday . . .
Posted by Stephanie A. Mann at 12:00 AM