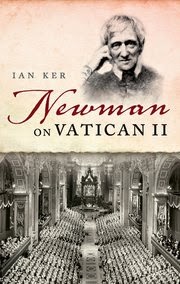 Newman was not a systematic theologian; he himself insisted that he was, rather, a controversialist. In this he seems instinctively to have identified himself with the fathers of the early Church who, as he pointed out, “rather than writing formal doctrinal treatises… write controversy”. Newman wrote voluminously in response to particular occasions. Sometimes, this meant writing a book (The Idea of a University, the Apologia Pro Vita Sua) or a sermon or a series of lectures (Certain Difficulties Felt by Anglicans in Catholic Teaching); most, often perhaps, a letter, of which there are at least 20,000 extant.

Sometimes Newman’s controversial instinct, normally expressed gently, produced polemic of wonderful wit and acid brilliance, as with his defence, in the Apologia, of his own integrity and that of his Church against the contemptuous attacks of Charles Kingsley. Kingsley was generally seen at the time as having been quite crushed by Newman’s response, and in the second and subsequent editions of the Apologia Newman, magnanimous in victory, consigned his most swingeingly cutting opening chapters to an appendix. Normally, he is more gentle in his argumentation; but he responds unfailingly to the issues in which he finds himself engaged or which are brought before him: much of his thought is contained in his correspondence, on which Dr Ian Ker has drawn heavily in this new book, his brilliant, indispensable and pithily entitled (sic) Newman on Vatican II.

It is a real question. How, indeed, would this controversialist “Father of Vatican II” have responded to the manifold controversies of these post-conciliar times? Everyone, liberal or conservative, attempts to recruit Newman for their own point of view. . . .

As I've heard Father Ian Ker discuss that last point, he ascribes it to selective quotation, leaving out the context of some pithy saying of Newman so that he means the opposite of what he was saying. Anyone writing or speaking about Newman has to be very careful not to manipulate him into saying something he didn't. You must read him deeply and carefully and make sure you have not misstated his ideas.

Dr Ker argues that Newman would have understood the Council in a broadly similar way to that in which Pope Benedict explained it; thus, we can see Newman not merely as the “unseen Father of Vatican II” but also as a guardian of its aftermath. Just as Benedict XVI said, explaining his ideas on “The Hermeneutic of Change in Continuity” (one of Dr Ker’s chapter titles), that the Church “increases in time and develops, yet always remaining the same”, so Newman had said, in his “Essay on the Development of Christian Doctrine”, that Christianity “changes in order to remain the same”. . . .