Preview: Newman on "Dangers to the Penitent" 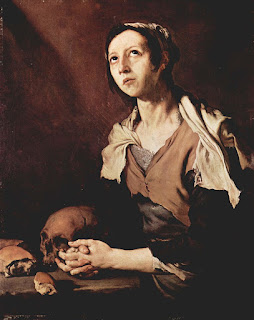 Monday, March 16 is the Monday of the Third Week of Lent. We have been fasting, praying, and giving alms since February 26--each of us knows how well we have fulfilled out Lenten programs so far. Whether we've fulfilled our plans to read a meditation a day from The Tears of Christ, attend Stations of the Cross each Friday, donate to our parish canned food drive, give up desserts or alcohol, etc; we're aware of our failures. Perhaps we took on too much;  perhaps we didn't take on enough; perhaps God sent us a different penance we didn't expect.

So on Monday, March 16, Matt Swaim and I will discuss one of St. John Henry Newman's Anglican Sermons on Subjects of the Day, "Dangers to the Penitent", in which he considered the problems a penitent, who sincerely wants to turn away from sin and do penance for past sins, may encounter through ignorance, discouragement, or impatience, among other dangers or pitfalls along the way.

The text he uses for the inspiration of this sermon is Psalm 27:16 (as in The Book of Common Prayer, Tyndale-Coverdale translation):

"O tarry thou the Lord's leisure; be strong, and He shall comfort thine heart; and put thou thy trust in the Lord."

At least, Newman says, such a penitent knows that she needs to change:

NO state is more dreary than that of the repentant sinner, when first he understands where he is, and begins to turn his thoughts towards his Great Master whom he has offended. Of course it is tempered with comfort and hope, as are all acts of duty; and on the retrospect, far from being distressing to dwell upon, it will be even pleasant. But at the time it is a most dreary state. A man finds that he has a great work to do, and does not know how to do it, or even what it is, and his impatience and restlessness are as great as his conscious ignorance; indeed, he is restless because he is ignorant. There is great danger of his taking wrong steps, inasmuch as he is anxious to move, and does not know whither. Let me now make some remarks upon certain faults into which he is likely to fall.

Newman considers three classes of penitents: one who only repents halfway, one who repents notionally, on the level of the mind, and one who repents really, with the heart. It is to the latter kind of penitent that Newman addresses this sermon:

But, observe, I am supposing a really sincere and earnest mind, not a languid, dreaming, halting, double-minded penitent, who repents a little and not much. Such a one is certainly not in danger of becoming enthusiastic or superstitious; he has not the power of being intemperate or wayward in his grief, and has little need of guidance. Nor does what I am saying apply to persons of sound judgment or calm temperament, who though they do truly repent, yet repent with the reason rather than with the feelings. But still there are a number of persons to whom it does apply.

1. I observe, then, that repentant sinners are often impatient to put themselves upon some new line of action, or to adopt some particular rule of life. They feel that what they have done in time past is, as far as this life is concerned, indelible, and places an impassable barrier between themselves and others: happy only if that badge of guilt and shame does not outlast the grave, but is wiped out in the day of account. They feel that they can never be as others are, till the voice of Christ pronounces them acquitted and blessed. And their heart yearns towards humiliation, and burns with a godly indignation against themselves, as if nothing were too bad for them; and they look about for something to do, some state of life to engage in, some task or servile office to undertake. . . .

As Newman offers his spiritual counsel to such penitents, I was reminded of the Ignatian Discernment of Spirits developed by St. Ignatius of Loyola, the founder of the Society of Jesus. St. Ignatius outlined Fourteen Rules for our discernment of which spirit is influencing a decision, the Holy Spirit or the spirit of the Enemy (the Devil). Newman doesn't set up such a psychomachia or battle of spirits, but he does indicate throughout this sermon that the penitent needs to be listening for the voice of God to tell her how she needs to repent, what disciplines she should adopt and how to change her life as God wants her to, avoiding certain pitfalls:

2. And next I would say to such persons as I have described, Be on your guard, not only against becoming committed to some certain mode of life or object of exertion, but guard against excess in such penitential observances as have an immediate claim upon you, and are private in their exercise. The danger is, that what is really an excess, seems to such persons to be only moderation. When men are in horror and anguish at their past sins, they are anxious to put some burden on themselves, which may relieve their feelings, and remind them of what they have been, what they are. Now nothing is more unadvisable in most cases than to begin with severity. Persons do not know what they can bear, and what they cannot, till they have tried it. They think almost they can live without food, without rest, without the conveniences of life to which they are accustomed. Then when they find they cannot, they despond and are miserable, or fall back, and a reaction ensues. It is a great fault to be ambitious, and men may easily aim at praying more than they can, or meditating more than they can, or having a clearer faith and a deeper humility than at present they can have. . . .

Newman warns against taking a private vow before God to follow a certain regimen:

3. What has been last said leads me to another subject, on which some remarks ought to be made. When persons are in acute distress about their sins, they are sometimes tempted to make rash promises, and to take on them professions without counting the cost. They think their present state of mind will last for ever; it changes—but their promise remains; they find they cannot duly fulfill it; then they are in great perplexity, and even despair. Perhaps they have been even imprudent enough to make their engagement in the shape of a vow, and this greatly increases their difficulty. They do not know whether it is binding or not—they cannot recollect the mode in which, or the feelings under which, they took it; or any of the minute circumstances on which its validity turns. . . .

Image Credit: Saint Mary of Egypt, the patron saint of repentant sinners, by José de Ribera
Posted by Stephanie A. Mann at 12:00 AM