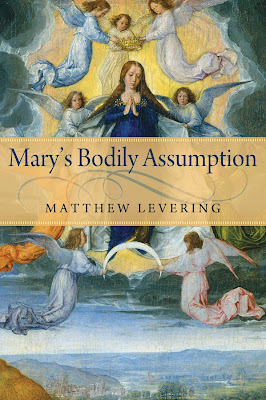 At the Eighth Day Institute Florovsky-Newman Week in June, the topic of the two Marian Doctrines proclaimed infallibly by Popes Pius IX and XII came up in the context of the discussion of authority in the Catholic Church. Pope Pius IX proclaimed the infallible doctrine of the Blessed Virgin Mary's Immaculate Conception in 1854 before the definition of Papal Infallibility in 1870. Pope Pius XII exercised papal infallibility in making a doctrinal definition "ex cathedra" for the first and only time since the First Vatican Council in 1950. In both instances, the pious popes conferred with Catholic bishops around the world--not at an Ecumenical Council--to determine if these doctrines about the Mother of God should be defined and proclaimed. Therefore Popes Pius IX and XII spoke as Blessed John Henry Newman summarized it when explaining the definition of Papal Infallibility to William Ewart Gladstone in 1875:


He speaks ex cathedrâ, or infallibly, when he speaks, first, as the Universal Teacher; secondly, in the name and with the authority of the Apostles; thirdly, on a point of faith or morals; fourthly, with the purpose of binding every member of the Church to accept and believe his decision.

I decided to read more about the doctrine of the Assumption--because of a comment one of the other attendees made, that this definition was easier to accept than that of the Immaculate Conception-- and found (at Eighth Day Books) Matthew Levering's book from the University of Notre Dame Press:

In Mary’s Bodily Assumption, Matthew Levering presents a contemporary explanation and defense of the Catholic doctrine of Mary’s bodily Assumption. He asks: How does the Church justify a doctrine that does not have explicit biblical or first-century historical evidence to support it? With the goal of exploring this question more deeply, he divides his discussion into two sections, one historical and the other systematic.

Levering’s historical section aims to retrieve the rich Mariological doctrine of the mid-twentieth century. He introduces the development of Mariology in Catholic Magisterial documents, focusing on Pope Pius XII’s encyclical Munificentissimus Deus of 1950, in which the bodily Assumption of Mary was dogmatically defined, and two later Magisterial documents, Vatican II’s Lumen Gentium and Pope John Paul II’s Redemptoris Mater. Levering addresses the work of the neo-scholastic theologians Joseph Duhr, Aloïs Janssens, and Réginald Garrigou-Lagrange before turning to the great theologians of the nouvelle théologie—Karl Rahner, Hans Urs von Balthasar, Louis Bouyer, Joseph Ratzinger—and their emphasis on biblical typology. Using John Henry Newman as a guide, Levering organizes his systematic section by the three pillars of the doctrine on which Mary’s Assumption rests: biblical typology, the Church as authoritative interpreter of divine revelation under the guidance of the Holy Spirit, and the fittingness of Mary’s Assumption in relation to the other mysteries of faith.

Levering’s ecumenical contribution is a significant engagement with Protestant biblical scholars and theologians; it is also a reclamation of Mariology as a central topic in Catholic theology.

The actual text of the book is 152 pages, the notes comprise 71 pages, and the bibliography 35, plus an index. I have not read all of the notes, which are substantial.

I appreciated Levering's method of exposition as outlined in the summary above. He limits his discussion to the 20th century, describing the teaching of the Catholic Church on the Assumption of the Blessed Virgin Mary, the different theological schools and how they explored the meaning this teaching--their speculative theology--and how in the case of Karl Rahner it led to correction by the Congregation for the Doctrine of the Faith. Not having read any of Joseph Ratzinger's speculative theology before, Levering's description of his work on the Assumption surprised me.

His exploration of typological interpretation of the Holy Bible as practiced by three Protestant theologians, Richard B. Hays, Peter Ens, and Peter Leithart, seemed to balance exposition of their thoughts and his reaction to their limitations of biblical interpretation by the historical-critical method fairly.

What I appreciated even more was Levering's references to two of Blessed John Henry Newman's Discourses to Mixed Congregations, "The Glories of Mary for the Sake of Her Son" and "The Fitness of the Glories of Mary", although I was surprised that he did not also include Newman's thoughts on Mary as the New Eve from the Letter to Pusey. Nevertheless, the last two chapters present an excellent argument for the Assumption of the Blessed Virgin Mary based first on "The Authority of the Church as Interpreter of Revelation" (Chapter 5) and then on "The Fittingness of Mary's Assumption in God's Economy of Salvation" (Chapter 6).

In Chapter 5, Levering begins with the views of the Lutheran Jaroslav Pelikan (who later--eight years before his death in 2006--became an Orthodox Christian/member of the Orthodox Church in America) that Pope Pius XII had committed "A Papal Usurpation of Authority". Then Levering, led by Newman, explores themes of the Church's interpretative authority: Scripture, Community, Doctrine with biblical examples: "Elijah and the Priests of Baal: "I, even I only, am left" and "Jesus Christ and the People of God". Then he looks at the Church as "the pillar and ground of the Truth" in Church, Liturgy, Dogma.

In Chapter 6, Levering looks at the Church's interpretation of major Christian truths and how they support the fitting reality that the Mother of God would be given the privilege of a Bodily Assumption: "Creation and Fall", "The Election of Israel", and "The Incarnation of the Word". Through the story of the Visitation and Mary's great Magnificat, Levering shows that as the Father elected Israel as His special people and nation, He chose Mary to be the Mother of His Son and thus gave her this special privilege. She did not do it herself; He did it for her!

In his Conclusion, Levering admits that his arguments may not convince Protestants that Mary was assumed into Heaven or convince Orthodox that the Catholic Church should have proclaimed her Bodily Assumption as a doctrine, but he does hope that he has presented 20th and 21st century Catholic on this doctrine cogently. The late, great Monsignor William Carr always told us at the Newman Center that Mary's Assumption was the great sign for us of the victory over Death that Jesus Christ has won for us. As she represents the Church in Heaven, she represents our hope for eternal life with the Holy Trinity. Levering echoes this: "Each August 15, then, the Church liturgically celebrates the wondrous truth that, through Jesus and the Holy Spirit, Mary has become the first to receive the promise that we are to be "heirs of God and fellow heirs with Christ . . . (Romans 8:17)"

Highly recommended!! For more on Newman and the Blessed Virgin Mary, see this from The International Centre of Newman Friends.
Posted by Stephanie A. Mann at 12:30 AM