Spring Time for the Martyrs 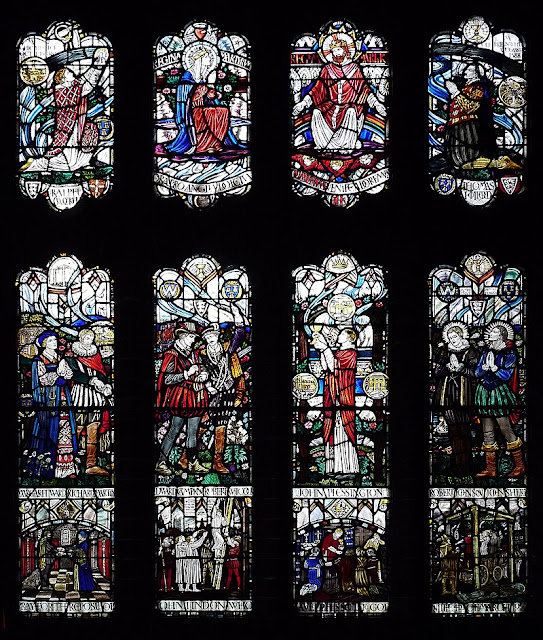 Can we religiously suppose that the blood of our martyrs, three centuries ago and since, shall never receive its recompense? Those priests, secular and regular, did they suffer for no end? or rather, for an end which is not yet accomplished? The long imprisonment, the fetid dungeon, the weary suspense, the tyrannous trial, the barbarous sentence, the savage execution, the rack, the gibbet, the knife, the cauldron, the numberless tortures of those holy victims, O my God, are they to have no reward? Are Thy martyrs to cry from under Thine altar for their loving vengeance on this guilty people, and to cry in vain? Shall they lose life, and not gain a better life for the children of those who persecuted them?Is this Thy way, O my God, righteous and true? Is it according to Thy promise, O King of saints, if I may dare talk to Thee of justice? Did not Thou Thyself pray for Thine enemies upon the cross, and convert them? Did not Thy first Martyr win Thy great Apostle, then a persecutor, by his loving prayer? And in that day of trial and desolation for England, when hearts were pierced through and through with Mary's woe, at the crucifixion of Thy body mystical, was not every tear that flowed, and every drop of blood that was shed, the seeds of a future harvest, when they who sowed in sorrow were to reap in joy? . . .

When the English College at Rome was set up by the solicitude of a great Pontiff in the beginning of England's sorrows, and missionaries were trained there for confessorship and martyrdom here, who was it that saluted the fair Saxon youths as they passed by him in the streets of the great city, with the salutation, "Salvete flores martyrum"? And when the time came for each in turn to leave that peaceful home, and to go forth to the conflict, to whom did they betake themselves before leaving Rome, to receive a blessing which might nerve them for their work? They went for a Saint's blessing; they went to a calm old man, who had never seen blood, except in penance; who had longed indeed to die for Christ, what time the great St. Francis opened the way to the far East, but who had been fixed as if a sentinel in the holy city, and walked up and down for fifty years on one beat, while his brethren were in the battle. Oh! the fire of that heart, too great for its frail tenement, which tormented him to be kept at home when the whole Church was at war! and therefore came those bright-haired strangers to him, ere they set out for the scene of their passion, that the full zeal and love pent up in that burning breast might find a vent, and flow over, from him who was kept at home, upon those who were to face the foe. Therefore one by one, each in his turn, those youthful soldiers came to the old man; and one by one they persevered and gained the crown and the palm,—all but one, who had not gone, and would not go, for the salutary blessing.

The Collect for the Feast of the Martyrs of England and Wales from the Divine Worship form of the Roman Rite of the Anglican Ordinariate:

O MERCIFUL GOD, who, when thy Church on earth was torn apart by the ravages of sin, didst raise up men and women in England who witnessed to their faith with courage and constancy: give unto thy Church that peace which is thy will, and grant that the who have been divided on earth may be reconciled in heaven and be partakers together in the vision of thy glory; through Jesus Christ thy Son our Lord, who liveth and reigneth with thee, in the unity of the Holy Spirit, ever one God, world without end. Amen.

Image Credit: English Martyrs window at Holy Name,Oxton,Birkenhead by Margaret Agnes Rope, Sister Margaret of the Mother of God (CC BY-SA 3.0)
Posted by Stephanie A. Mann at 12:30 AM