An Amazing Anniversary: The Resignation of Pope Benedict XVI 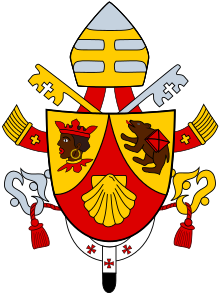 Many Catholics can remember the dramatic Year of Three Popes in 1978, when Pope Paul VI died, was succeeded by the short-lived Pope John Paul I and was himself followed by Pope Blessed John Paul II. Years from now, Catholics looking back at 2013 will likely express a similar amazement at the Year of Two Popes. The one notable difference, of course, is that the sede vacante— the interregnum between pontiffs — was not to bury a deceased pope and elect his successor, but to witness the departure of one pope through resignation and the election of a new Vicar of Christ under circumstances not encountered in more than 700 years.

Pope Benedict XVI’s announcement last February that he would renounce the papacy at the end of that month sent a genuine shockwave through the Church and across the globe. His decision was not unprecedented, but it was certainly unique in the modern life of the Church. . . .

On the morning of Feb. 11, 2013, Pope Benedict informed a gathering of the cardinals in Rome and other officials of the Roman Curia that he was resigning. Cardinal Angelo Sodano, dean of the College of Cardinals, spoke for the shocked room of prelates — and ultimately for the whole Church — when he said: “Your moving message has resounded in this room like a lightning bolt in a calm sky. We’ve listened to you with a sense of shock, rather in total disbelief.”

Pope Benedict had not rushed into the decision. His health had been declining, and he had grown increasingly concerned about his ability to govern the Church with the energy needed to deal with the crises of modernity and to implement the reforms that were needed. According to the Vatican newspaper L’Osservatore Romano, Pope Benedict had reached the decision to resign after his journey to Mexico and Cuba in the spring of 2012.

I do remember the Year of Three Popes--I heard the early morning radio reports of Pope John Paul I's death and told my mother (my father was out of town on business). When I told her the Pope was dead, she said "Again?' (it was very early in the morning of course!)

I remember last year's amazing announcement too. I was all set to talk to Brian Patrick on the Son Rise Morning Show about Shrovetide, Confession, pancakes and pancake races. Then producer Matt Swaim emailed me with a change in topic: we would instead discuss Pope Benedict and the English Reformation, highlighting the September 2010 visit to Scotland and England, the establishment of the Anglican Ordinariate, and the beatification of John Henry Newman--all the ways Benedict had tried to heal the wounds of the sixteenth century. Eventually, I found a place for the article that developed after that interview--it's in the January/February issue of the St. Austin Review. (But you have to subscribe to the print edition to read it/or buy an individual copy.)

Matt Swaim described that busy morning for The Catholic Beat in Cincinnati, as he scrambled to refocus that day's programming to respond to the news:

My first call was to EWTN Rome Bureau Chief Joan Lewis, who breathlessly begged me to give her five minutes before calling her back for a live interview. Since she’s based in Rome, it worked out that she’d been awake for several hours, and was able to speak to the physical appearance of Pope Benedict in recent days. Al Kresta was also awake (even though he mans the afternoon program on the network), and was able to join in the conversation as well. At that point, I had put out dozens of emails, Twitter messages and phone calls to people like Vatican Radio’s Emer McCarthy (who did an excellent job, especially since she and everyone else at the Vatican officially had the day off), Canon Lawyer Ed Peters, who was able to comment with reasonable intelligence about what this all meant canonically, Teresa Tomeo, whose show airs after ours on EWTN, and others, piecing together things as they came to mind and potential guests responded. Special thanks goes out to Stephanie Mann, whose planned segment on English Shrovetide traditions instantly became a segment on the significance of Pope Benedict’s other major historical move- the introduction of the Anglican Ordinariate. . . .

Just a year ago today!

(Image Credit: Pope Benedict XVI's Papal Coat of Arms)
Posted by Stephanie A. Mann at 12:30 AM